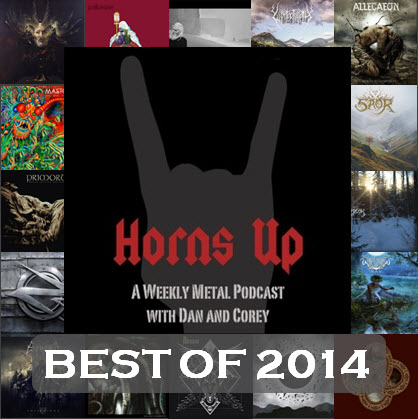 Well, this is it, everybody: the last of my Honorable Mentions for 2014. I hope you enjoyed the ride that has consumed the week. Just a reminder, my Top 10 albums of the year are all podcast-exclusive. You’ve already heard six of them–three apiece in each of the last two podcast episodes—but finally, at long last, the Top Four will be released later today in Episode 33.

But let’s not get ahead of ourselves. There are three other albums I’d like to discuss first… 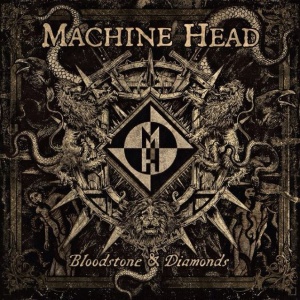 Since forming in 1992 in Oakland, Machine Head have given us eight full-length albums. I’m still convinced their peak was The Blackening, a tremendous listen through and through. They followed up quite nicely with Unto The Locust in 2011, maintaining the lofty expectations they put upon themselves, but some may feel that this album doesn’t quite reach that level. While I do think Bloodstone & Diamonds feels maybe a bit long at times, in general, I’m not among that persuasion. This is a solid listen that captures you within the opening minutes of “Now We Die” and refuses to let go. The aggression we’ve grown to love from Machine Head is all over the place throughout, with Robb Flynn’s harsh barks forcing it on us. The album does mix it up nicely with some more melodic and atmospheric elements that give it a catchy element, best evidenced on “Sail Into the Black” and “Ghosts Will Haunt My Bones.” Again, this is a solid listen and shows Machine Head can still deliver as they have over the past decade. 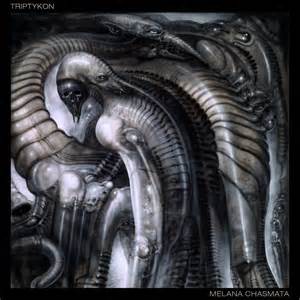 There’s no way anybody can do any kind of ‘Best of 2014’ list without bringing up this album. Easily my doom metal album of the year, with Tom G. Warrior delivering on another level. Melana Chasmata translates from Greek as “deep depressions” and there really couldn’t be a better name for this project. This album, start to finish, brings us up close and personal with every dark emotion we could feel, giving us a glimpse of Tom G. Warrior’s emotional state in its writing. Yes, we get significant doses of weight and power in “Tree of Suffocating Souls” and “Altar of Deceit.” But the most memorable moments of this album come from the more eerie, melancholy moments: “Aurorae,” “Boleskine House,” and the closer, “Waiting.” The first of these is, without question, one of my favorite songs to come out this year. I am very much in agreement with Tom in the sense that slower music tends to be heavier. The notes have the ability to develop and hold more weight and substance on the slower end of the spectrum. This album is a prime example of that. It’s slow, it’s dark, and it’s very heavy. Easily a top pick from 2014. 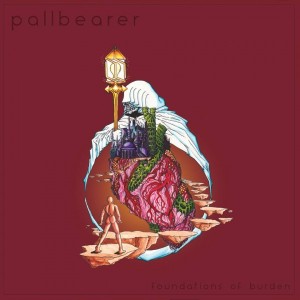 Last, but definitely not least, we have Pallbearer’s sophomore release, Foundations of Burden. This album is absolutely addicting, primarily due to Brett Campbell’s absolutely haunting vocals throughout. He helps Pallbearer move the doom metal sub-genre in their own, unique direction. There are a number of doom metal bands that incorporate clean(er) singing, but none do it like this. Or anywhere close to this. The vocals almost seem to take the form of a physical instrument at times. While, at other moments, it almost feels as though the guitars serve as a form of backing vocal. Pallbearer has done a fascinating job of blurring the line between voice and instrument, and they’ve done it well. Focusing on the musicianship, every note is crisp and drawn out tastefully, without wasting a second. They make sure you can hear every note, because each one has a purpose. And it feels like it. It’s impressive to put something together this comprehensive with no wasted space, especially for a six-song album that spans 54 minutes. Foundations of Burden has made discovering this band an absolute pleasure.

Well, there you have it. Aside from my Top Four, which you’ll be getting soon enough, that will wrap up my 2014 in metal. It’s been a good time. But… it’s time to reorganize and start 2015 off running. Hopefully you were able to keep up and join us as we reviewed what we considered to be the highlights of the year. If not, well, there’s still time…