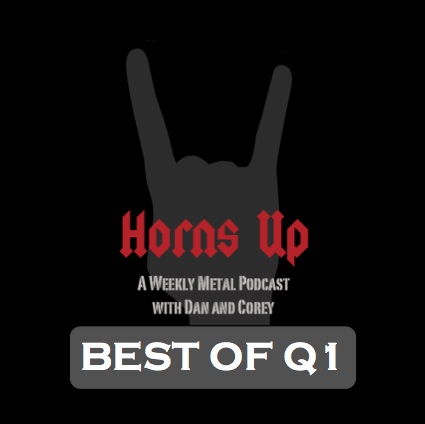 Yearly or seasonal round-ups are useless when they merely rank each record according to the personal taste of the reviewer. However, the end of the quarter does provide us with a perfect opportunity to reflect on a few releases that might have been lost in the sea of information that overflows our minds every day. So here’s a list of releases from Q1 2015 and December 2014—yes, I cheated—that deserve more praise than they’ve ended up getting so far:

Knyazhaya Pustyn is a fairly new group from Russia that mixes black metal and dark folk. Their release Spletenye sees them focus fully on the folk side of their being, whilst also inviting two other bands, Lesnoy Tanets and Isaz to craft an exceptionally consistent split record. All three bands abide to the theme of Russian nature, specifically the taiga, its enormous boreal forest. Lesnoy Tanets offer instrumental folk with a springlike timbre, while Knyazhaya Pustyn explore a darker side of folk, aided by ominous spoken-word vocals. Isaz stray further off the path of folk music, instead playing black metal colored by traditional instruments. While the bands complement each other in terms of the overall atmosphere, their respective ways of approaching the common theme are thus quite diverse, making for a 78-minute listening experience without any boring or tedious moments.

Released in December 2014, Offertoire technically should not belong on this list. Sadly, most of the 2014 end-of-year lists had already been written or even published by the time this album was available for purchase, permeating the period following its release with undeserved silence. I say “undeserved” because Offertoire might very well have been the best black metal album of 2014. Drum virtuoso Ardraos (whom you might also know from Christicide and Peste Noire) proves himself to be capable in just about anything, as he kills it on every instrument AND the vocals on this album. Think of it as a faster, louder, more intricate blend of old Satyricon, Sacramentum and Setherial, with a few French BM idiosyncracies thrown in to give the music its own character. Though overused in its own right, the moniker “relentless” perfectly encapsulates Offertoire‘s 50-minute audial assault, as the only gripe I have with this album is that, apart from the instrumental “Majestueux repaire”, there are no breathing pauses. This is mayhem without mercy. 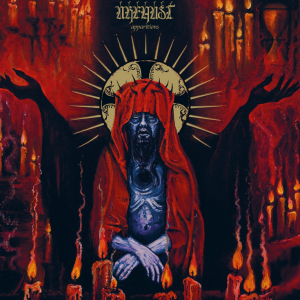 My countrymen in Urfaust have always crafted quality black metal where so many other Dutch bands have failed. You see, us Dutch have this problem with pretense due to our Calvinist tradition, meaning that any black metal that hits too close to home will only get laughed at. With their gibberish vocals, un-ignorable riffs and carefree attitude, Urfaust manage to circumvent our petty mental barriers and deliver their music straight to our ears. Their latest release, Apparitions, might be Urfaust’s most pretentious release yet. Across four lengthy tracks, Urfaust pour their stylistic recipe into an ambient mold, summoning unnerving melodies that remind of the frightening images conceived by such artists as Pieter Bruegel the Elder. Apart from the outstretched closing track, though, Urfaust delivers too much quality for even my Dutch ears to ignore. So for you, seeing the value of Apparitions should be a cakewalk.

Zhaoze may not be metal, but their mélange of post-rock and Chinese traditional music deserves praise. Not only because of its outstanding quality, but also because a lot of metal fans I introduce this band to end up loving it. There’s something about Zhaoze’s elaborate, contemplative, menacholy compositions that those who are into metal can level with. Intoxicatingly Lost is a digitally released single showcasing a 12-minute song that intends to reveal Zhaoze’s more positive, upbeat side. It does so with a sonic tapestry of rock instruments, the guqin, keyboards and a glockenspiel, which collectively drive the composition forward. This composition reaches its climax during the mid-section, when the post-rock makes place for a melody unmistakably derived from China’s musical tradition, which is so rich yet so unfamiliar to us. If Intoxicatingly Lost is a good indication of the quality of the full-length that Zhaoze is set to put out later this year, then do not be surprised to see this band featured again on my end-of-year list.

Ukraine’s Paganland is set to release its second full-length album, Fatherland, this month. So technically it is not Q1, but seeing as their record label Svarga Music was kind enough to provide us with a promo copy, we can already confirm that this is a band to look out for. Fatherland offers a rougher, more daring take on the musical style Paganland unraveled on their 2013 debut album Winds of Freedom. While the band’s sound is dominated by folk metal that is rich and varied in terms of melody, the black metal influences (which are hard to avoid in Ukrainian metal) give this music the harsh, sneering edge required to prevent from falling into olka polka party music like so many other, less worthwhile folk metal acts. What makes Fatherland particularly enjoyable is its straightforward, no-nonsense angle, which appears as an oasis in the desert of grotesque, non-sensical experiments that are being flung at us with increasing persistence. Praise the new old school!

That’ll do it for me. Check these out, and enjoy the rest of your weekends!

One thought on “Horns Up’s Best of Q1: Jesse’s List”