All things considered, this was a pretty solid three months for metal. I’ll admit up front that I probably didn’t listen to as much from July through September as I had during either of 2015’s first two quarters, but luckily, the stuff I did listen to has held up pretty damn well. Here’s what I’ve got for ya:

Empress / Abscess is a vicious, angry beast of a record. It hates the world, and wants to swallow it all up in a fit of pure rage. And in just over 30 minutes, Immortal Bird more or less does that. From the opening decay of “Neoplastic” through the final, droning few minutes of the epic closer, “And Send Fire,” the album drags you along for the ride, irreparably darkening your worldview all the while. It’s an absolute powerhouse, and one I’ve scarcely been able to go even a few days without listening to since it dropped in July. 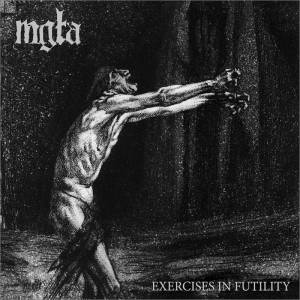 If this album somehow isn’t on your year-end list when the time comes, you’re really just…doing metal fandom wrong. Sorry, not sorry. This is an absolute gem of a black metal album from the Polish nihilists. Melodic and captivating, yet never anything less than “totally crushing” throughout, it’s 40-ish minutes of pure assault. As vocalist M. belts during the album’s second track, there is a style in total denial — and on Exercises in Futility, Mgła perfect that style.

Amorphis – Under the Red Cloud 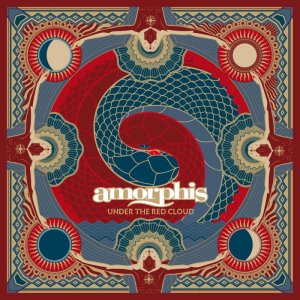 Talk about a breath of fresh air. While vocalist Tomi Joutsen may have breathed new life into Amorphis when he first entered the fold — and, to be fair, well through 2009’s Skyforger — the Finns’ last two albums showcased a band that had gotten a little too comfortable with their formula. Under the Red Cloud bucks that trend quite nicely. There aren’t really any Earth-shattering changes; instead, the band winds up captivating us with some killer guest spots and a much stronger folk influence. (Seriously, try not to get that flute part in “Tree of Ages” stuck in your head.) It’s an altogether refreshing listen and the band’s most consistent work in quite some time.

You know those albums you can revisit any number of times and still discover something new with each listen? That’s Infinite Dissolution to a T. I’ve no idea how best to describe Locrian at this point — are they drone? black metal? post-metal? — but however you classify them, the degrees of both intricacy and exploration in their music is incredible. They’ll sweep you up in a tempest one minute, only to leave you eerily alone, contemplating your existence the next. In just 47 minutes, they leave you feeling, physically and mentally, like you’ve experienced so much more. As soon as it’s over, you almost can’t help but want to jump right back in. 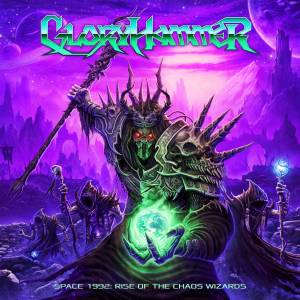 For the most part, my days of really, really liking power metal have come and gone. That being said, there are still certain…we’ll call them “cheese buttons,” let’s say…with the genre, that when pressed in precisely the right combination, render me powerless to resist whatever it is the band’s peddling. And credit to Gloryhammer here: they’ve gone and pushed them all. Even setting aside the ridiculous title and concept — Space 1992: Rise of the Chaos Wizards ?!?!?!?! — the existence of this promo photo, and the fact that there’s a keytarist in the band, there’s more than enough silly awesomeness in the songwriting to sustain this thing, which ends up making for a fantastic listen throughout.

That’ll do it for me. Enjoy the weekend!