Today we’ve got a brutal three-tape attack from the fine people over at Signal Rex. These are some pretty filthy releases. Three pretty short demo-style EPs from three pretty diverse bands from around the globe. Take some time to check them out and be sure to order the cassettes if you’re into that sort of thing as they are limited. 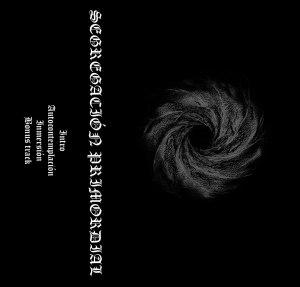 Starting off the global sewage dump is Segregación Primordial from Chile. Unlike the other bands, this is some blistering, old school death metal with a bit of a blackened, crusty influence. With only three real tracks across the demo (and one being a bonus) it’s “Inmersion” that makes the biggest impression. Starting off slowly, with drums akin to Dead Congregation, the track is full of murk and cavernous death metal as it sways across its moderately paced devilry. The vocals are mixed low, almost unaudibly so, but when combined with the nebulous guitars the two, particularly the contrasting tonally higher vocals, make for a wonderful combo. Definitely check this one out on your more angry days.

Here’s the gem in the bunch. Blood Chalice are completely unrelenting in their attack. Not shy about their Sarcofago worship, Blood Challice tear out of the gate with “Desecration of the INRI.” Not shockingly, Blood Chalice is from Finland, the home of a seemingly never ending deluge of brilliant metal. For comparisons, think about old Profanatica (who have a new one on the horizon) or the demo era of fellow Finns Beherit. If you’re in the mood for some absolutely filthy, balls-to-the-wall black metal than look no further. Blood Chalice has got all your evil needs covered. 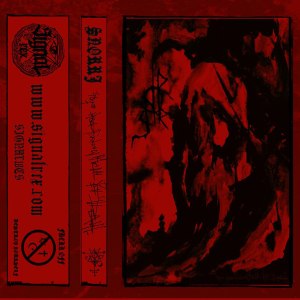 If you’re looking for a genre categorization you can look no further than the title of Snorri’s release, Putrid Black Fucking Metal (remember to emphasize the word ‘Black’). The five tracks included (four of which are songs) are absolute filth. These Australian veterans ply their craft in a myriad of styles and include a wide variety of vocal affectations among their swirling guitars, moderately paced drums and intermittent use of keyboards. Expect to be kept off-kilter as Snorri tends to keep things moving with multiple rhythm changes across the tape. The highlight track is the fourth, “Abel De Larue.” 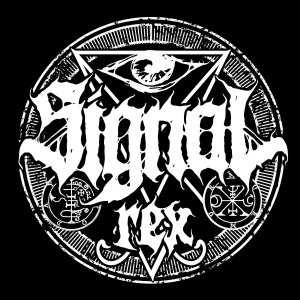