This edition of EP-Attack comes to us via Nuclear War Now! Productions, Graceless Recordings, Iron Bonehead and Forever Plagued Records. We will cover releases from Perverted Ceremony, Amphisbaena‏ , Nox and Unbegotten. We are looking at a bunch of material being put out via cassette. One of them, the Perverted Ceremony, is getting an updated reissue of sorts. There’s plenty of raw, hateful black metal to be heard throughout these four.

Perverted Ceremony – Demo: Hailing from Belgium this unknown band fought their way to a label the hard way. Shrouding themselves in secrecy it’s unknown who is in the band. What is known is that Perverted Ceremony use origins laid down by the likes of Beherit and Demoncy to record their demo in 2012. Finally seeing the light of day via Nuclear War Now! Productions, the demo is set to bring all of the fire. With updated artwork and a release on deluxe cassette this one is a must for collectors. 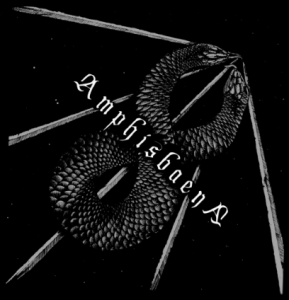 Amphisbaena‏ – Amphisbaena‏: Available via cassette and digital recording, this 4-track EP is a grim experience. Hailing from Canada and bringing a noisy breed of blackened death metal, Amphisbaena‏ provides relief from the more common, moderately paced blackened death metal. The tracks are of varying length. There’s an assault that’s under three minutes and there’s a closing track that meanders through a few styles at over eleven minutes. The highlights on this one are very promising.

Nox – Ancestral Arte Negro 7″: Here we have some old school wax. A 7″ from these Columbian purveryors of occult black metal. The 7″ rides the South American black metal sound pretty hard right out of the gate. Limited to 300 copies, this hate-filled gem full of howls and screams will spook your socks off. You can pick up your collectible copy over at Forever Plagued Records.

Unbegotten – Poem of the Unborn: Also from Forever Plagued Records, we have Unbegotten with their cassette release. This one is limited to 150 copies so collectors beware. This tape also brings the fire. With five tracks that span over twenty-two minutes, they can seem a bit long at times but, overall, you’re looking at the typical black metal music that leans heavily on the term “black.” Evil, hateful and definitely uncompromising, Unbegotten have a promising future.