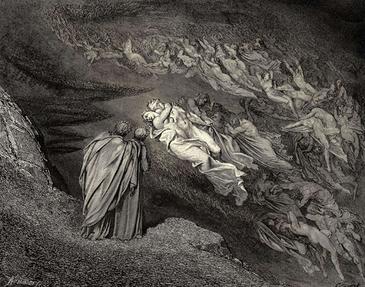 “Something old, something new.”  Usually you hear that phrase at weddings, usually followed by “something borrowed and something blue.” Today I am officiating a marriage of two offerings of some of the filthiest death metal I have heard all year, two bands whose sound borrows from no one and whose albums will leave you anything but blue.

Qrixkuor – Incantations from the Abyss

For our something old, albeit retouched for a vinyl pressing, we have Qrixkuor’s Incantations from the Abyss, a collection of the band’s early material. I have spoken before about my love for this band, and seeing them live on their US tour with Blood Incantation cemented them as one of my favorite death metal acts of our time.  Now, those who missed the initial few runs of tapes will have the opportunity to own the material that made me fall in love with this band in the first place.  Composed of the five tracks from their Consecrating the Temple and Rehearsal 09/15 demo tapes, Incantations from the Abyss is a road map that shows the band’s refinement of their brand of sickeningly heavy occult death metal from their inception to the last year’s Three Devils Dance MLP.  Boasting a refined mastering job from the master of  death metal production, Vassafor’s VK, these tracks are clearer and beefier than before, giving much needed impact to the already heavy formula. 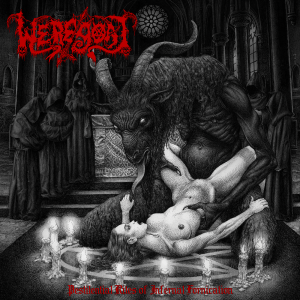 Our something new comes in the form of a new album from Portland, OR’s bestial death metal cult Weregoat.  The band’s first official full-length album after years of EP’s and split releases, Pestilential Rites of Infernal Fornication is an unrelenting force of death metal aggression, full of riffs that cut like barbed wire.  Similar to Qrixkuor’s reissues, the production on Pestilential Rites… has been made markedly less murky compared to previous Weregoat releases, which allows the listener to appreciate the full force of the lock-step musicianship behind the thrashy riffs of “Osculum Infame” or the neck-breaking stomp of “Malediction Command.”

Death metal and more death metal is a match made in heaven, or more likely a match made in hell.  These two albums being dropped onto an unsuspecting world on the same day is heavy enough to crack the plates of the earth itself.  That’s cause enough for celebration for me.