Probably like you, I get a lot of new metal from blogs like Nine Circles.  I read a review. Someone makes a recommendation. Go to Bandcamp. Listen to a track. Sounds good. Click “buy now.”

I’m too old for this shit!

I’ve got a wife, kid and a mortgage, I can’t be listening to this goat-rape metal.

Have you ever felt too old for metal, and then realized, you just can’t get it out of your system? It’s a pretty common phenomenon. I went through it in my late 20’s back in the days when grunge and alternative rock leveled a nearly lethal blow to the traditional metal I cut my teeth on in the late 70’s and 80’s. Luckily, metal is a multi-headed serpent whose skull can never be truly crushed. You might be twenty-five and have the same thoughts as someone like me who has been banging for three or four decades. In my case, I turned away from metal for a few years with the pressures of supporting a family.

I recall listening to Metallica’s downward spiral from the Black Album to Load and finally Reload, each album increasing my disappointment. It felt like my favorite band–and indeed–my entire beloved genre had abandoned me for trendy alternative hard rock. Had I been cognizant of what was happening in the underground, I would have thought differently.

Time is the best teacher, someone wise once said, even though it kills you in the end. Lucky for me, time was on my side and I was fortunate to discover the joys of filthy metal later in mid-life. I came roaring back in my late 30’s and haven’t looked back.  I woke up like some demented Rip Van Metal and was stunned to see how the world of underground metal had changed.

Keeping it one-hundred, I didn’t truly embrace the underground in the twentieth century. My metal tastes ran mainstream, predictable, pedestrian. That changed when I was about forty. Ten plus years later, in my early 50’s, I don’t give any fucks and I’m not looking back. But, surely there’s a limit. At my age, I really shouldn’t be listening to Satanic, blackened-death metal now should I? 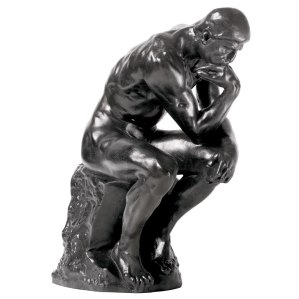 What am I thinking? Of course I should!! Satanic goat metal flat-out rules.  Now, it’s possible that my emotional growth is stunted and I’m simply rationalizing severe psychological problems, but I prefer to think that age is just a number. Fortunately, I discovered that there is plenty of smart metal that engages the intellect. These days, I listened to my fair share of punk, alternative and post-blackened-experimental-atmospheric- mucky-muck.  But at it’s core, metal is visceral music. Most of us want to head bang to vicious, vile music from time to time.

When I started paying attention to metal again in the 2000’s, I spent a lot of time  listening to metal in isolation.  Slowly, I began reading blogs. In recent years, I’ve become active on forums. Indeed, forums and blogs have helped give me a sense of a metal community I was lacking over the last couple of years. Forums get a bad rap these days. No doubt, some are cesspools for crackpots and trolls, but they can also be a tool for a global fan base to share their love of music. And let’s face it, none of us have the time or the ability to listen to every new release in the all consuming digital-metal-black hole.

Metalheads love to buy into the nihilistic misanthropic ethos, but in reality we are social mammals, not reptiles. I may read a review on a blog like Nine Circles and stream a track that piques my attention. But, it’s often the personal connection–the kinship of someone reaching out across the interweb and saying, “Hey, man, I know your tastes & I think you’d like this band.” It’s the human touch that still resonates. A simple message from a faceless poster: “I was thinking of you when I heard this…..You need this album in your life” and the faceless poster now becomes a friend.

Assembling a metal hi-fi rig on a budget has become a minor obsession thanks in no small part to Alex, co-founder of Metal-Fi. Alex and his band of dynamic misfits have been educating the metal community–myself included–about the loudness wars for several years now. He brought me into his forums a couple of years ago from the audiophile oriented Head-Fi metal forums. Alex is on a mission. He’s shining a light on the loss of dynamics as they relate to metal production in a big way. We’re a small, active group of passionate, opinionated metal fans with a variety of tastes and views. This collective has genuinely enriched my music universe, exposing me to ideas within the music industry, metal culture and making recommendations from the range of metal (and non-metal) sub-genres I enjoy. They’ve expanded my tastes exponentially. Guys like Ferday, Navybsn, Patientot, Scourge, Snyde, Nine Circles own Zyklonius, and Alex.

How do we define friendship in the era of social media? I’ve never been in the same room with these posters, yet some of these guys have reached across the digital landscape to gift me music. Anonymous posters; strangers behind a keyboard have given me two of the best gifts I could ask for: friendship and music.

We need tools in the digital age–we, the dedicated band of metal brothers (and sisters)–we need resources to thin the herd, trim the fat and pull out those diamonds from the avalanche of worthless rocks.

Lately, some of the guys I count as friends on the forums have been on a blackened death rampage posting literally hundreds of YouTube videos and links under the banner “Satanic Goat Worship.” Two posters in particular, Whitenoise and Hungus, spend ungodly amounts of time scouring the digital divide and have turned our obscure little community onto some great releases that I probably would have passed on.

It’s become a bit of a joke at this point, but goats and metal seem to be trending in the metal underground. How many goat puns can one man take? Now, I like an adorable Baphomet as much as the next guy, but something about all those bad goats running wild has unleashed the philosopher in me.  It’s got me thinking about the big questions. I’ll just call it the goat-sociology of metal.

In future posts, I want to  look at metal stereotypes and myths to see if any apply to today’s metal community. But, first, I’m going back to the beginning and investigate the psychological impetus that begins the lifelong obsession with heavy music.