Ah, yes. Here we are again. Yet another journey around the sun has given us reason to pause and reflect on how lucky we are to have, almost literally, an indefinite source of music and art to appreciate at any moment in time. In this case, the musical form known as heavy metal. Yes, even in our very defined place in the artistic world, there is an unending wave of inspired music that we endlessly celebrate, together, across the globe. Except… wait, metal internet is basically the worst and ruins everything, doesn’t it? Nevermind.

If the last few years have taught me anything, it’s to stop trying to keep up with everything. Both socially, and in running this blog. I’ll never be able to keep up with every story or listen to every album that crosses my desk, so why try? Heavy metal is a significant part of my life, and my ambition. But that has nothing to do with how many underground black metal bands I listen to or how well I know the discography of some random band that hasn’t been relevant in 20 years. Instead, it’s about the emotional and intellectual reaction to listening to a record, old or new, that just… does it. You know I what I mean. You feel the need to stop everything and focus. To let yourself analyze every second of every song and embrace whatever emotional reaction you have to it.

And that’s why we’re here. And that’s how I approached my listening experience in 2018. Instead of trying to cram in every damn album someone suggested, I instead let myself listen to, frankly, whatever the fuck I wanted. In years past, I have been too focused on the quantity of my listening experience rather than the quality of it. Perhaps that’s why my most frequently played albums each and every year were released like a decade ago. So as I pause now and create this list, I acknowledge that there are countless records that “should be on here” that aren’t. But know that their absence isn’t because I failed to appreciate the album, it’s because I failed to absorb it. Listening to a single album on repeat for a week straight tends eats up some time. So yes, I missed some things, but in exchange I fully absorbed, over countless hours, each and every record on this list (and, obviously, some that didn’t make it). And you know what? Following the genre and working this blog became more enjoyable than ever before. 2018 was a significant year for many reasons, and these records served as the soundtrack.

Also, to add to the fun, I added my favorite lyric from each album. Lyrics matter to me, so hopefully you’ll get a sense of some of the “moments” that resonated. Otherwise, as always, top nine with nine honorable mentions. Because nine.

1. The Ocean – Phanerozoic I: Palaeozoic 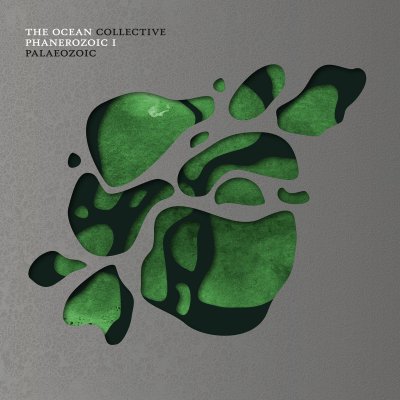 I have very little to say about Phanerozoic I. There isn’t a second on this record that doesn’t keep me completely fixated. The further The Ocean push their own boundaries, the more impressive their product becomes. And fortunately for us, those boundaries seem virtually limitless at this point. I cannot wait for the second installment.

“Feel the cold creep inside. I am losing you to your fears, grown way out of scale. Yes, it’s true what they say: I don’t love humanity. Not a bit. But I do value empathy while retaliating iniquities.” (From “Permian: The Great Dying”) 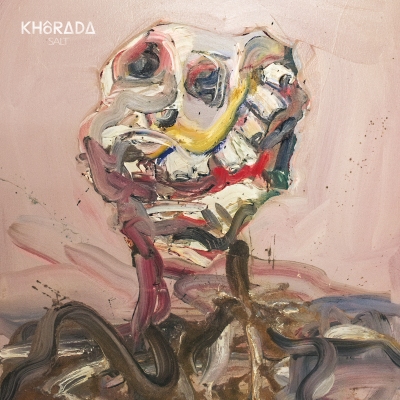 Yes, I am well aware of who is behind this project. We’re not going down that road. As one of the most compelling hours of music I’ve ever exposed myself to, Salt very nearly took my top spot this year. I can guarantee this album will be on my radar for years, for both the music itself and the message it delivers. Brilliant. Necessary. Salt just has so much to say and after many months and countless (almost daily) listens I still feel like I’m only scratching the surface of what this record has to offer.

“I’ll try my best to explain how we are the mites, we are the mange, to be cleansed and washed away”. (From “Wave State”)

I don’t need to reiterate how Skeletonwitch have reinvented themselves recently. Regardless, the success at which they have done so is incredibly impressive. The blackened (melodic!) elements introduced on Devouring Radiant Light are a complete success from start to finish. A band I once casually followed has officially become one of my favorites.

“We are the harbingers of fire, clinging to the crux of life. We are the painters of the world we desire.” (From “Sacred Soil”)

There was a spell where Amorphis grew a bit stale on me. I didn’t not like their new records, they just didn’t strike me the way past efforts had. Well, that’s no longer an issue. Between Under The Red Cloud and now Queen of Time, Amorphis have proven that there are still many new ways to explore their own sound, and that they will deliver with success every time.

“I’ve seen the lights up in the sky, like beacons from another shore. So don’t look back, don’t look ahead. Just close your eyes, give in to the night.” (From “Amongst Stars”)

What is there to say about Khemmis that hasn’t already been said? They keep getting better and better and Desolation might be my favorite effort yet. There isn’t a single wasted minute on this album… the riffs, the melodies, it’s all just so well done. What a roll they have been on.

“Sure as the spring casts a light on the snow, I have awakened to the ashes anew. They’re burning away, though I yearn to hold on, knowing that I can accept this life, unblinded, renewed.” (From “From Ruin”)

Sargeist have released what is easily the black metal album of the year for me in Unbound. This thing is filled with absolute fury that erupts from the opening seconds of “Psychosis Incarnate” and never let’s up. Furthermore, Unbound offers a bit of a throwback feel that all black metal followers can appreciate.

“I follow one star. The one of them most dormant, yet brightest of them all.” (From “Grail of the Pilgrim”)

I just haven’t been able to put Further Still away since it was released back in September. There’s just something so addictingly jarring about this record I can’t escape. While Further Still induces a curious form of discomfort on the surface, there’s something uniquely uplifting underneath it all. Maybe uplifting isn’t the right word? Either way, I can’t get enough of it.

“There is an unpleasant sensation which comes about when one has stayed in the same place for too long.” (From “Listless”)

An early favorite at the start of the year, Down Below fell off my radar for a bit as the year wore on. Which was dumb, because this is yet another tremendous record from Tribulation. Does it surpass The Children of the Night? That’s still to be determined. Goes best with red wine.

“Dying is the first and last, but nothing ever ends. Crying, slipping from this world, to be reborn again.” (From “Nightbound”)

9. Panopticon – The Scars of Man on the Once Nameless Wilderness (I and II)

An ambitious two hours of music in which both halves of this record took time to grow on me. This truly is a record that needs to be absorbed in the proper setting, ideally alone in nature. It’s a lot to commit to, but when you’re willing to give it the time, it resonates deeply.

“He died from a broken heart, from no mountains in the distance.” (From “The Wandering Ghost”)

Deliciously dense progressive death metal that eclipses much of which I’ve heard in the genre in recent years.

A somber approach to black metal complicated by post-metal influences. Unsettling Whispers was something I enjoyed tremendously upon first listens. It slipped a bit, but re-emerged as one of my favorite black metal albums of the year.

A bit of a twist on their style, and maybe not as high up there as New Bermuda or Sunbather, but make no mistake, the latest from Deafheaven is still very, very good. It is Deafheaven, after all…

Abbath-less Immortal turned out way better than I could have hoped for. Northern Chaos Gods is a relentless display of grim, dark energy. Also, RIFFS.

There isn’t a second of World’s Blood that isn’t absolutely brilliant. Powerful at times, somber in others, the meandering song structures of World’s Blood land Wayfarer right at the top of the atmospheric black metal list of 2018.

I’m not sure if I’ve had as much fun with a record in 2018. The Atlas Moth continues to get better and Coma Noir is just another example. Besides, there’s sentimental value. This was playing as I crossed the finish line of the Detroit Marathon. Those things matter.

A Perfect Circle – Eat The Elephant

Basically, this album reminds me of my California backpacking trip. Also, “So Long, And Thanks For All The Fish” exists.

I’ve been paying close attention to Hinayana since the Endless demo dropped in 2014. Order Divine is a tremendous build off that. These guys are building towards something big in the melodic death metal world and I can’t wait to watch it unfold.

Morne – To The Night Unknown

Morne’s doom metal approach has improved with each album and that is no different with To The Night Unknown, despite the five years that have elapsed since Shadows. More please.