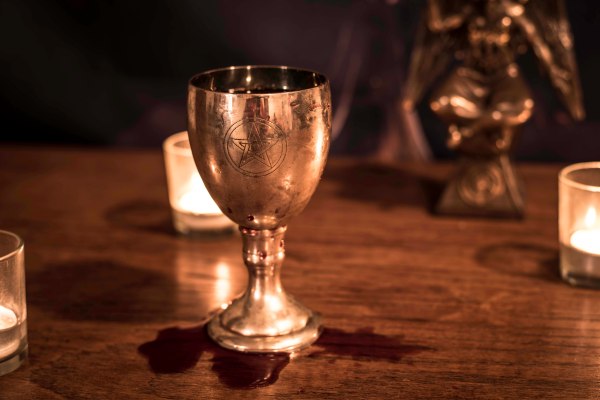 Receiving the Evcharist is our weekly feature where we pair choice albums with our favorite libations.  Drink from the cup of heresy. This week’s offering: Wristmeetrazor’s Misery Never Forgets and Hardywood Park Craft Brewery’s Hibiscus Tripel.

Long before I was the extreme metal afficionado you see before you, I cut my teeth as an early-aughts metalcore kid.  It was my first foray into heavier music than the classic rock I had grown up with, and it gave me an outlet for the depression that had just started to rear its ugly head in my life.  Even though it’s not something that dominates my musical palette these days, I will fight hard for some of the albums I listened to back in those days as both important to my musical and personal evolution, as well as just being straight up good music.  When I grabbed the promo for Wristmeetrazor’s Prosthetic Records debut Misery Never Forgets, it felt like a return to those roots.  I was familiar with the band before this, having been a fan of their previous duo of EP’s I Talk to God… and …But the Sky is Empty, but on Misery Never Forgets, they show a much darker version of themselves, offsetting the screamo influences with touches of both classic and more modern metalcore.  There’s still plenty of frantic, emotive hardcore to be had here, but the core of the band’s sound is now bulked up with massive, crushing breakdowns (“Loathsome,” “XOXO”) and bits of industrial noise (“Goodbye Sweet Betty”).  The result is an album that feels like it bridges a gap in time, bringing the best parts of the early screamo and metalcore and marrying it to the darker style of hardcore making its waves today.  To me, this is like coming home again.

We’re back on our beer regimen this week after last week’s foray into wine country.  Today’s offering, which comes from Richmond, VA’s Hardywood Park Craft Brewery, is a Belgian style tripel infused with hibiscus.  Hibiscus is not a flavor I usually see added with Belgian beer, so I was excited to see the flavor combination here.  It makes sense on paper; hibiscus is floral and tart, which plays up a lot of the notes that are natural to a Belgian style ale.  Yet the trouble with hibiscus is that it is also a very subtle flavor, and here I think the extremely strong tripel base overpowered the hibiscus.  You do get a little bit of tartness in the finish, but if you’re not looking for it you wouldn’t notice it.  On the whole, however, this is still a very nice Belgian style beer, with lots of the bubblegum and floral notes that you want.  It may not have been what I hoped, but it’s still worth the price of admission.