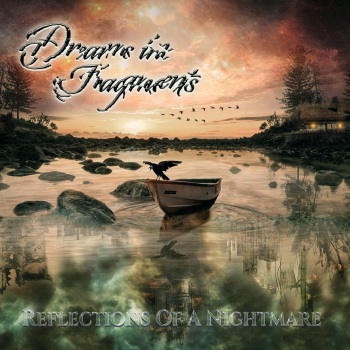 After making a hard left on symphonic and gothic metal around 2014 and going straight off the deep end, I figured the genre was as good as dead. Given the saturation of it, I became jaded and decided to stick to bands that I knew and loved. Over the years, I have seen bands come and go in this genre and while some have done things differently by changing their sound, others have been using the same tropes. When I heard of Dreams In Fragments and their latest album Reflections of a Nightmare, I was hoping for new things – a change in the beauty/beast vocal trope, new tones embedded in the music, and maybe a new approach to the genre. Every year, I am disappointed with new bands and unfortunately, this one is no exception to the rule.

Now, Dreams in Fragments are not bad, per se. It’s obvious that they know what they are doing – they are a cohesive unit and have a chemistry that works well with what they are trying to make. The music itself isn’t bad either; their brand of symphonic metal lies in the gothic range, which means that a lot of keys are employed, adding to the atmosphere, which is laden with melancholy and sadness. Finally, there are the vocals, which are probably my favorite part of the whole thing. When it comes to a symphonic/gothic metal record, they’re my primary focus. The interplay between Christian Geissmann and Seraina Schöpfer’s vocals is pretty, albeit the album could do without the growls. Seraina’s vocals deserve to have their own spotlight and the growls detract from it all. Perhaps that’s something that may be worth exploring in the future.

However, my main problem with Reflections of a Nightmare is that it brings nothing new to the genre itself. For someone who is barely getting into the genre, this might be a good gateway, as it will show them the ropes before they decide to move into other bands. However, for someone who is very familiar, this might seem stale as this was done better by established bands like the Nightwishes and the Within Temptations of the world years prior. Unless you have something new or interesting to add, then it might be best to rework the idea. My other issue with Reflections of a Nightmare is its production quality, and namely the mixing job. I don’t know if the quality of it was a deliberate choice but, if it was, it needs to be overhauled in the future. 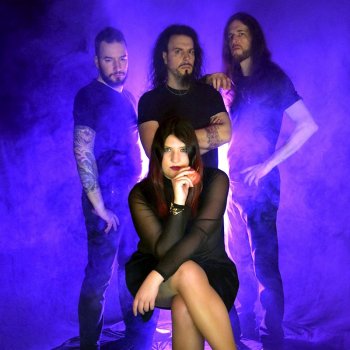 All in all, Reflections of a Nightmare is an album that has some things going for it, but there are many others that need to be remedied. I know the band is relatively new and that is no detriment to them, but I wish they’d worked on exactly what they wanted to do before launching an album. Despite all of this, I hope for good things for them and I hope their second effort improves on these ideas and thematic issues.

Reflections of a Nightmare is available now on Rockshots Records. For more information on Dreams In Fragments, visit their Facebook page.