Wisconsin natives and sludge/doom metal lords Cavernlight have returned after five long years with a stellar sophomore release—As I Cast Ruin Upon The Lens That Reveals My Every Flaw.  If you are already familiar with this band, you know that they do not skimp on album titles.  As this release’s poetic title suggests, the album is full of angsty darkness that is sure to appeal to neurodivergent metal fans such as myself.  While the tunes are crushingly heavy, there is a catharsis to it resulting in a beautifully expressive album which will resonate with many listeners.  As I Cast Ruin… brings everything Cavernlight offered in their debut while expanding on soundscapes and programming created movements.  There are no dull moments and many unique compositions to make this album one-of-a-kind and an excellent continuation of the band’s journey.

END_OF_DOCUMENT_TOKEN_TO_BE_REPLACED 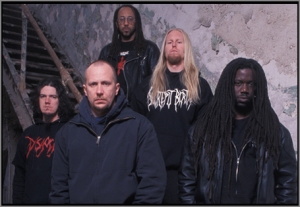 It’s time once again to kick the dust off of an old favorite and for this week’s Throwback Thursday. Today we take a look at Suffocation‘s full length debut Effigy of the Forgotten. Consequently this seminal album turns 24 this month — with that, I feel old. During a booming time for death metal this five piece from New York created an album that would go on to be a landmark release along with being an inspiration for so many bands in its wake.