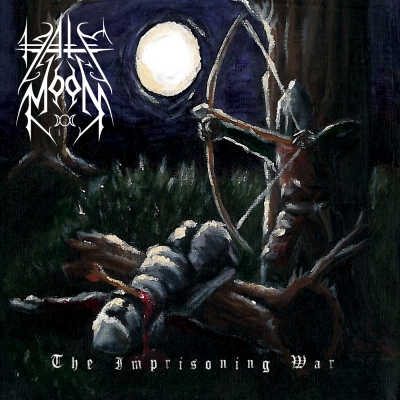 On September 15th, Pennsylvania-based black metallers Hate Moon will release their debut on Fólkvangr Records titled The Imprisoning War. Specifically defining themselves as “Norse-Gael symphonic black metal”, this album is sure to feature an expansive soundscape. And today, roughly three weeks before the album drops, we are pleased to premiere a brand new track off the album called “The Skeleton Forest”. END_OF_DOCUMENT_TOKEN_TO_BE_REPLACED

For all of its self-righteous elitism and snootiness, heavy metal has always had a blissful, cheese-filled marriage to the realms of nerdery and fantasy dorkiness. From the unfiltered, exaggerated bravado of power metal to the (slightly less embarrassing) infatuation with Lovecraft’s creatures in black and death metal, most metalheads — whether they want to admit it or not — have a weak spot for fantasy. For an amateur Tolkien scholar such as your’s truly, Summoning‘s 1999 album Stronghold is about as “Exhibit A” as it comes in showing how nerdy metal can be and get away with it.  END_OF_DOCUMENT_TOKEN_TO_BE_REPLACED

In case you forgot, and I’m sure many of you have, Cradle Of Filth released Hammer of the Witches back on July 10th. Dan and I shared our own thoughts on the 11th studio album from symphonic black metallers on The Nine Circles Podcast way back when, however that is where our coverage end. That said, album did quite well upon release, especially here in the United States. Now, as we approach the end of 2015, Cradle Of Filth have released a new music video for the fifth track on the album, “Blackest Magick In Practice”. END_OF_DOCUMENT_TOKEN_TO_BE_REPLACED

As far as metal goes, Ukraine is a force to be reckoned with. With bands like Drudkh, Hate Forest and Nokturnal Mortum, as well as the countless side-projects they have spawned, the city of Kharkiv alone is enough to be considered a hotbed of high-quality black metal. While it was initially possible to consider Munruthel, the solo project of Vladislav Redkin, a side-gig of Nokturnal Mortum, the transition from ambient to symphonic black metal on the 2006 album Epoch of Aquarius definitively established it as an autonomous entity. Subsequently, 2012’s CREEDamage confirmed that Munruthel is little short of obligatory for fans of Ukrainian black metal.

END_OF_DOCUMENT_TOKEN_TO_BE_REPLACED 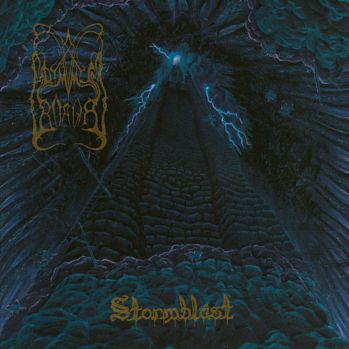 There isn’t a band I’ve changed my opinion on more than Dimmu Borgir. They were the first black metal band I got into at age 14, with Stormblåst being the first black metal album I ever bought. As I got closer to the end of my teenage years, I went through my “elitist” phase and dismissed the band. A couple of years ago, I experienced a brief Dimmu revival, but now I just can’t bring myself to pay attention to anything they release. Still, in spite of their evolution from childhood heroes to guilty pleasure, Stormblåst never lost its magic. And so for this week’s #tbt, let’s take a look back at it:  END_OF_DOCUMENT_TOKEN_TO_BE_REPLACED