That’s usually how it goes. I’ll reveal to someone—a friend, a colleague, a date, you name it—that I’m into heavy music, and they’ll do this gaping, wide-eyed expression with their head tilted to one side. As if metal fandom is some kind of odd disease or syndrome that’s somehow managed not to deteriorate my physical and mental well-being.

Them: “You just don’t look like someone who’d listen to metal, that’s all!”

There it is—that ever-so-slightly judgmental undertone with which metal fans are so often pigeonholed as “others.” And chances are, you know the stereotype: we’re all long-haired, hard drinking heshers with black band t-shirts and lots of tattoos; we associate only with other metal fans, and wouldn’t dream of listening to anything but heavy music; we headbang to everything.

Except no, that’s not it at all, actually. Sure, there are plenty of folks that fit that description, but there are also plenty that do not. Like me. I keep my hair short, rock Adidas Sambas more often than combat boots, and have even had the audacity to hit up the Governors Ball Music Festival each of the last three years, each time, just two weeks after getting my ‘bang on at Maryland Deathfest. I don’t fit the mainstream’s preconceived notions of a metalhead. Hell, most people don’t.

I could get into the range of different people I’ve met at shows over the years, but I’d be here all day—and at any rate, that isn’t the point. I’m not trying to lament the mischaracterization of metalheads among the masses, because frankly…I don’t care what the masses think of my listening habits, and nor should you. What I am trying to do, however, is to share some of the interactions I’ve had with them around metal. Because they’re often quite hilarious.

So that’s what The Unassuming Metalhead will be all about. I’ve got no shortage of stories from times when I’ve revealed my metallic tendencies to others, so why not use them to entertain the masses? And for this first edition, I’d like to describe the time my grandfather caught me listening to AC/DC…    END_OF_DOCUMENT_TOKEN_TO_BE_REPLACED

Another week brought in by a snowstorm. God dammit, Dennis Quaid, get your shit together.

The track is called “The Ether”. I’m out. These were rushed. I have shit to do.

I’m struggling to find Dodsfall’s Kaosmakt and it’s pissing me the fuck off. I needed some trve Norwegian black metal in my life. 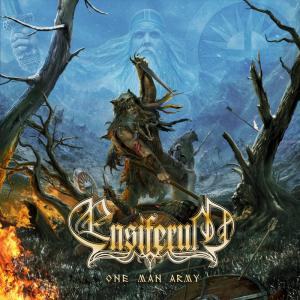 That’s it. Back to hunting for Norwegian black metal.