I’m not going to lie to you people. I think 2016 might be the best year in metal (particularly death metal) in a very, very long time. This is something I’ve been ranting about in my monthly recaps but it needs to be said as much as possible: each month in 2016 has provided an endless amount of terrific albums. Picking a top 18 for any month this year wouldn’t pose a significant hurdle. That’s just how good it’s been. So, with that in mind let’s take a look back at the last three months in metal. END_OF_DOCUMENT_TOKEN_TO_BE_REPLACED

Like Loading...
March proved to be yet another strong month for 2016 ending the first quarter on a high note. There were some excellent releases. Some larger releases that dropped included a new effort from Cobalt, an LP from brutal tech-death outfit Wormed, a sequel from K-X-P, multiple issues from Spazz courtesy of Tankcrimes, a single from Daemona, an LP from Xibalba, a discography for Phobia courtesy of Melotov Records and an LP from the completely redesigned Church of Misery. Below are nine albums, a bunch of EP’s this month, that deserve your attention which you might have missed. As a final note, if you’re into the stoner metal type stuff you might be interested in Blood Ceremony‘s Lord of Misrule.
END_OF_DOCUMENT_TOKEN_TO_BE_REPLACED 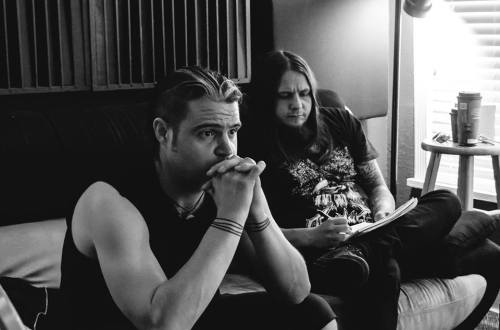 God-DAMN, what a new release Friday we’ve got today. Even if all we had dropping today was the new Cobalt, it’d still have been a hell of a day. In case it wasn’t clear, that’s your reminder to pick up the band’s long-awaited third album, Slow Forever. It’s an absolute triumph, and a surefire album-of-the-year contender. (Yes, it’s March. Not comfortable dropping “AOTY” bombs this early? Let’s give it a more timely nickname: how about “No. 1 Overall Seed”? #Madness)

But in fact, Cobalt’s not the only thing dropping today. Not by a long shot. We’ve also got Krighsu, the new record from Spanish brutal/tech deathsters Wormed (WORMED), and new stuff from Rotten Sound and…sigh…Amon Amarth, among others. Like I said, it’s a big day. So let’s not waste any more time; here’s what’s on tap for Friday, March 25:
END_OF_DOCUMENT_TOKEN_TO_BE_REPLACED 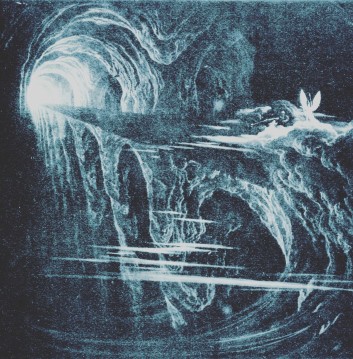 Scotland is not a prolific country for metal by any means. Sure, Andy Marshall works hard with Saor and his solo-project Fuath but the pickings are slim on the Gaelic isle. Thankfully, newcomers Ifrinn are here to thicken that scene with some quality black metal. Thus, the Island harbors bands in a “quality over quantity” manner. Ifrinn’s self-titled debut LP is a barely an LP, five tracks (and two of those interludes) spanning roughly thirty minutes. But for what it lacks in length it makes up for in girth and breadth. The work is rife with symbolism, atmosphere and poignancy. Ifrinn is young but they are a band with focus, drive and a vision—one that they attack with vigor. END_OF_DOCUMENT_TOKEN_TO_BE_REPLACED

It’s not just rumor that I listen to an asinine amount of music. Previewing almost every single promotional album that comes through the door fits in with my obsessive personality. February 2016 really tested me. No less than one hundred and forty-two albums came through our rotating doors. And one hundred and forty-two is the number of albums I clicked play on to test them and suggest for review. So I’m a bit tired in an auditory sense. But I digress. In today’s post we will run through a bunch of larger releases that I hope no one missed and then feature nine smaller releases that are top notch. February was a great month. And another sign that 2016 is headed in very much the right direction. END_OF_DOCUMENT_TOKEN_TO_BE_REPLACED