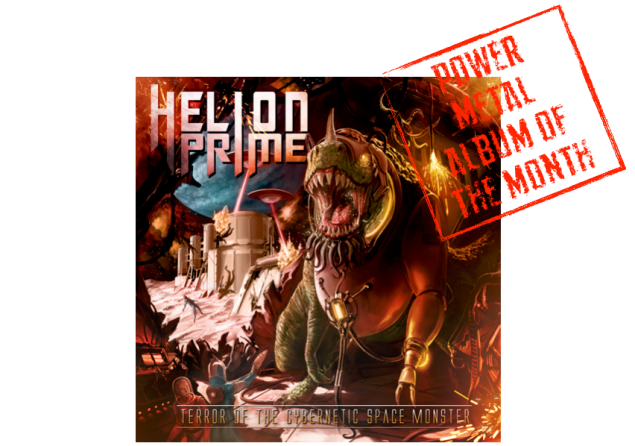 When the debut self titled album by Sacramento’s Helion Prime arrived on the scene the first thing people were talking about was that cover.  And I get it: that thing is unabashed in its love and glory for over the top science fiction.  A lot of people couldn’t;t get past that cover, which is too bad because underneath was a killer power metal beast, blending modern and classic elements from both sides of the Atlantic.  A few years and a few vocalist changes later and the band is back, doubling down on robot dinosaurs with the awesomely titled and equally fun Terror of the Cybernetic Space Monster.  How could it not be our August Power Metal Album of the Month?   END_OF_DOCUMENT_TOKEN_TO_BE_REPLACED