Like many of us, the guys in Vattnet entered 2016 with high hopes and a ton of momentum. The year before, the group — then known as Vattnet Viskar — had released its sophomore full-length, Settler, to a ton of acclaim, done tours with The Atlas Moth and 1349, and lit the Rams Head on fire at Maryland Deathfest. But then, following an early-year tour with Taake and Young and in the Way, frontman Nick Thornbury left the band — altering the band’s trajectory in more ways than one.

Fast forward to 2017, and the band — having dropped the “Viskar” and soldiered on as a trio — has plans to release a new album later this year. Ahead of that, guitarist Chris Alfieri took some time out of his day to discuss how the new material — and the band’s new sonic direction — has taken shape. But the chat quickly turned into a sprawling conversation about social media, the similarities between Pallbearer and Toto (no, really), and how we can all treat each other better in the new year and beyond. It was an altogether excellent time, and we’re thrilled to share it with you here. Check out the recorded conversation after the jump:
END_OF_DOCUMENT_TOKEN_TO_BE_REPLACED 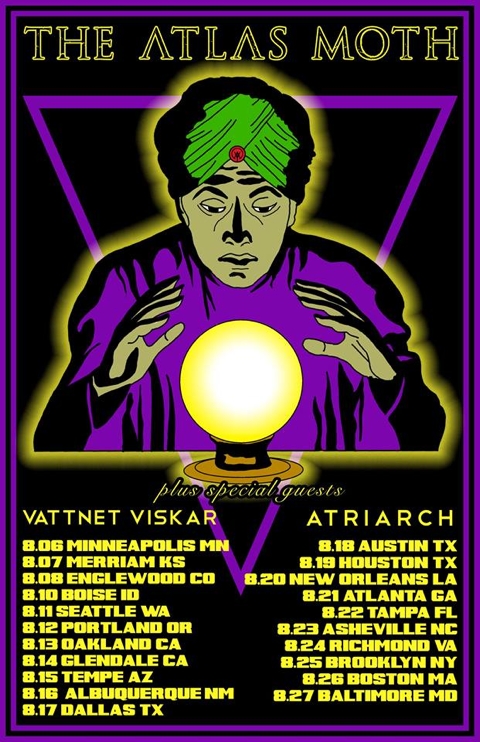 At this point in the year, metal shows are becoming a routine occurrence for most of us at Nine Circles. Which is great, because the experiences are always worth sharing. That in mind, Dan and I had were fortunate enough to attend the same show in each of our respective cities. We’ve been talking about The Atlas Moth tour with Vattnet Viskar most of the summer, and now it’s time to recap exactly how it went.

We’re going to do things a little differently, however. With Dan attending the August 25th show at St. Vitus and myself following up with the date at The Great Scott, we’ll be breaking this review up by band. Unfortunately, I had to duck out of The Atlas Moth’s set fairly early, so I’ll be covering Vattnet Viskar in full and leaving the headliner up to Dan. So, without further delay, let’s jump into it.

END_OF_DOCUMENT_TOKEN_TO_BE_REPLACED

Vattnet Viskar doesn’t fuck around. In the half-decade or so since their formation, the New Hampshire natives have built their following through a relentless touring schedule, an absolutely vicious stage show, and—as shown by their terrific self-titled EP and debut full-length, Sky Swallower—a steady stream of quality studio output. The band’s forthcoming sophomore album, Settler, should only enhance their reputation. Without spoiling too much—after all, we will be running a full review next week—it’s a tremendous, immersive listen that ranks among the year’s biggest highlights so far.

Ahead of Settler‘s release on Century Media next week, we took to Gmail for a quick interview with Vattnet Viskar guitarist Chris Alfieri. Dan, Corey and I each put forth some questions, covering everything from Settler‘s space-oriented theme, to life in New Hampshire, to ice hockey. Here’s what he had to say:
END_OF_DOCUMENT_TOKEN_TO_BE_REPLACED 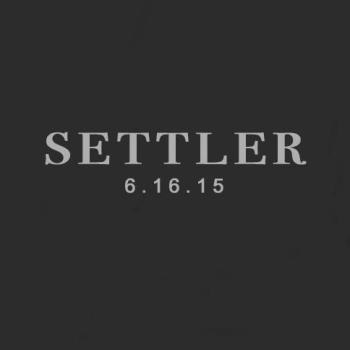 The band also announced a run of East Coast live dates with San Francisco’s Early Graves during the month of May, which includes a stop at Brooklyn’s Saint Vitus on May 21.

Vattnet Viskar’s previous full-length, Sky Swallower, came out in 2013 to widespread acclaim. While we’ve yet to hear anything from Settler just yet, guitarist Chris Alfieri recently released a rather excellent EP of ambient/chillwave music inspired by various Michael Mann movies. It’s worth a listen, and should easily hold you over for the next couple of months.