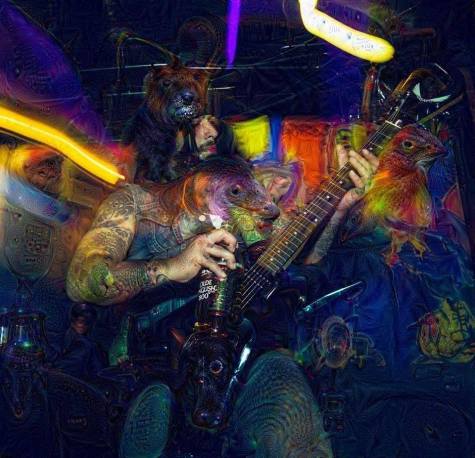 Back in December, S.C.’s Space Coke released their debut full length L’appel Du Vide on Mystery School Records and we’re still making sense of it all. That’s not a knock in the slightest though, it’s meant as a compliment to the band’s approach to all things fuzzy and stoner…ish. The net they cast is wide and covers everything from the classic metal vibe of Sabbath to riff driven hard rock to psychedelic haze and, to top it off, a touch of punk for good measure. If it sounds like a discombobulated mixture, it is but it’s an interesting and vastly different beast of an album. We spoke to guitarist and vocalist Reno Gooch to get a behind the scenes look so head below to get the scoop. END_OF_DOCUMENT_TOKEN_TO_BE_REPLACED

If you’ve been following my ramblings here long enough, it’s a given that New York’s Netherlands are miles away from the norm which consequently makes them a shoe in for favorite status in my book. August 24 marks the release date of Netherland’s fifth effort, Black Gaia, on frontman Timo Ellis’ imprint Records and Tapes Records. It’s an album that pulls in all their legendary psychedelic freak outs, melodic poppy hooks, bottom heavy bombast and the knack for ridiculously catchy songwriting into a MOUNTAIN of a successful album. END_OF_DOCUMENT_TOKEN_TO_BE_REPLACED

Experimental metal wears many faces and can mean wildly different things depending on each individual listener and their tastes. Bay Area band Gürschach has been around since 2011 and on their debut EP Beautiful Nightmares were considered a thrash band. Fast forward to now and their debut full length Dark Matter shows a band that has moved way beyond their origins and are mining the experimental, forward thinking arena but also have put together an album that takes full advantage of and is a spot-on look back into each members varied paths to metal and rock. More on that later as we recently had the chance to ask X (lead guitar, vocals) and Scotty McRib (bass, vocals) our set of Profile questions. Read on to see what they had to say and how their influences crept in and took over. Also, hang around for their, just released, video for “The Night the Sky Rained Nukes.” END_OF_DOCUMENT_TOKEN_TO_BE_REPLACED

Despite the fact that the brief run of shows featuring Sannhet and This Will Destroy You has already concluded, I still felt compelled to share some of the sights and sounds from what was a thoroughly entertaining night in my hometown. So, here I am. The tour featuring these two instrumental post-metal masterminds was fleeting, to say the least, covering only seven cities together between November 12th and 18th. There’s no doubt that I was thrilled to see that one of their stops happened to be a few blocks away from my residence. I tend to miss a quite a few shows that come through my area, but I had literally no excuse not to turn up for this one. END_OF_DOCUMENT_TOKEN_TO_BE_REPLACED

Welcome back and happy Friday, dear listeners. I’m still picking up the pieces of my life post-vacation, and nowhere more so than with respect to music. It seems so much good stuff was slated for the end of March while I was out and about that it is an uphill battle to try to sort things out. So this week, we’ll give some time to a release that I missed while on vacation, and as always, we’ll pair it with something good and strong. The Metal: Buioingola’s Il Nuovo Mare. The Booze: Alaskan Brewing Company’s Perseverance. END_OF_DOCUMENT_TOKEN_TO_BE_REPLACED