It was raining, and now it’s not. Please stay that way?

I got nothing. Well, nothing except loads and loads of tour announcements. 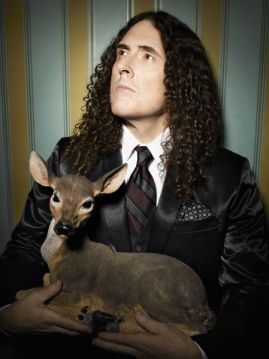 In an act of ultimate blasphemy, I’m gonna quote the Bible here on Nine Circles real quick: “there is nothing new under the sun.” In a way, it’s a shitty admission. As appreciators, and especially as artists, we want to believe there’s always something new out there waiting to be discovered. We want to find it, capture it, channel it into something that’s ours. If you believe there’s nothing new under the sun, that every original artistic impulse has already been conceived and acted out, then you cede that impulse to your creative forebears. But can that idea not be freeing? If everything worth imagining has already been imagined, then the burden comes off of you to blaze any new trails. You’re free to reinterpret, to reimagine, to outright fucking steal the shit that came before you. And what’s interesting about this notion (or depressing, or really awesome, depending on your viewpoint) is that it sells. We can be sly about this. We can write books that we call “bold retellings” of works written centuries ago. We can be overt about it. We, as Hollywood producers, can say, “What if we just did Die Hard, but in the White House? Or London?” We can say, “this made a lot of money as a comic. Let’s make it a movie.” And that’s the prevailing atmosphere in popular commercial art now. END_OF_DOCUMENT_TOKEN_TO_BE_REPLACED

I’m about to leave to go see Deafheaven and Tribulation. So, yeah.

So I’m halfway through the week. Most of you are not. This is good. For me.

The opening track from this year’s Melana Chasmata is all levels of awesome.