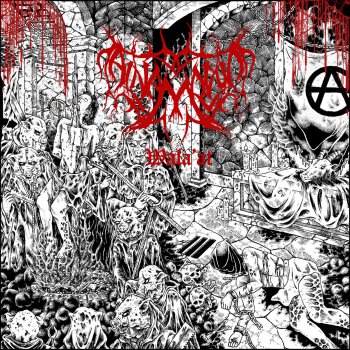 Summer is here, and as someone who listens to black metal during her summer breaks it should come as no surprise that Al-Namrood has come swinging into the forefront of my listening queue. Although most of my forays into black metal have been of the atmospheric quality, Wala’at is something special, as it has stayed with me since I first hit play. Something about its dark influences and quality strike a heavy chord with me. END_OF_DOCUMENT_TOKEN_TO_BE_REPLACED 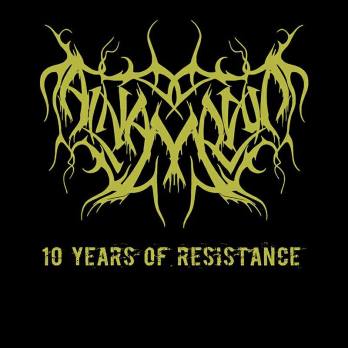 Folk metal has a tendency to be an insular, European-centric genre, particularly so at the intersection of folk and black metal.  But looking past the acts that have gained mainstream attention yields many and sundry iterations of folk metal as diverse as the cultures across the world that make them.  Since 2008, Saudi Arabia’s AlNamrood have blended black metal’s staunch anti-religion focus and dark aggression with the folk melodies and instruments of their native Middle Eastern home.  Ahead of the release of their newest album, 10 Years of Resistance, AlNamrood’s vocalist Humbaba was gracious enough to answer our set of Profile questions.  Read on below the cut.

END_OF_DOCUMENT_TOKEN_TO_BE_REPLACED

Epic black metallers Darkestrah have been around, in one form or another, since 1999 and have six full lengths under their belts. The most recent of which, Turan, features the deepest pagan black metal roots the band has mined thus far and is better for it. This album leans towards the output of Drudkh but has a mind all its own. The folk aspect of these six tracks are catapulted by the vicious vocals of Merkith. With a vinyl reissue of their second album, Embrace of Memory on the horizon there’s no better time than now to dig your heels into this absolutely ensconcing black metal. We recently had the opportunity to ask the band our set of Profile questions so read on to see what they had to say. END_OF_DOCUMENT_TOKEN_TO_BE_REPLACED

What the hell does that say? I have no idea. We’ll deal with it later. But first, I need to open up about something. Which is something I rarely do. I’ve been under heavy fire the last month or two from everyone (that lives in my head) because of my depressing decrease in alcohol consumption. Yes, it’s true. I don’t like not drinking and I feel like everyone (that lives in my head) respects me less. My maybe me friends, family, and liver appreciate it, but I don’t have to deal with them around the clock. Ok fine, maybe I do, but I don’t care what they think. So it’s cool! I suppose I can always console with this guy, but that will only take me so far. No matter! I have followed the signs and am ready to go for another episode of Drinking With Satan. I could never let you cretins down. So let us begin. END_OF_DOCUMENT_TOKEN_TO_BE_REPLACED