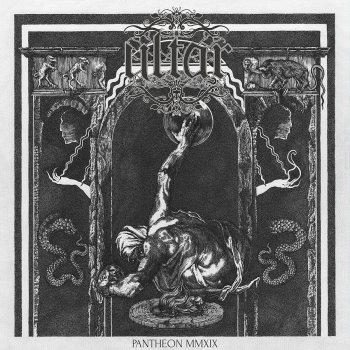 From the first few minutes of Pantheon MMXIX by Ultar, you can already tell that this is a completely different beast from 2016’s Kadath. Building on their previous sound, they roll in clean vocals, more intricate songwriting, and a tighter production. Yet at the same time, they double down on the black metal elements; screams to make your soul shiver, and dissonant passages that take you back 20 years. With such an excellent follow up, it’s obvious that Ultar is a major player in the future of post-black-metal.

END_OF_DOCUMENT_TOKEN_TO_BE_REPLACED

Well, hopefully none of you blew any limbs off doing something dumb with fireworks but if you did then you’ve got nothing but time to check out this week’s goods here on Initial Descent. On the flip side, if you’re totally intact you still have time to do the same. You can’t afford to miss it either way is what I’m saying so…TALLY HO.

Leading the pack is Immortal who return from a nine year silence and a member down (not news at this point) with the aptly titled Northern Chaos Gods and any fears of an Abbath-less album not living up to its gnarly black metal roots are firmly put to death in the first few seconds. On the swampy death metal front, Turkey’s Burial Invocation release their debut full length Abiogenesis. Fans of WITTR will find plenty to love on With the End In Mind‘s latest, Unraveling; Arising and Lucifer return with Lucifer II which falls heavier on the rock end of the spectrum, courtesy of Nicke Andersson, but further showcases Johanna Sadonis’ fantastic voice so there’s that.

As always though, much more to come after the jump so stick around and enjoy! END_OF_DOCUMENT_TOKEN_TO_BE_REPLACED

In my continued quest to broaden my horizons, I decided to dive into something completely out of my comfort zone and see whether there was something I could derive from it. Now, I am really into the eclectic and the weird, so anything in the avant-garde realm of metal is something to look forward to. Enter Vampillia, a 10-piece “brutal orchestra” that combines their brand of metal with elements of noise rock, post-metal, shoegaze and other genres on Happiness Brought by Endless Sorrow. END_OF_DOCUMENT_TOKEN_TO_BE_REPLACED

Anyone complaining that there hasn’t been a great week for metal thus far in 2016 needs to go immediately and start over, but there won’t be any complaining after this week. Mostly due to Neurosis‘ highly anticipated eleventh full length Fires Within Fires finally seeing the light of day. But that’s not all; Fatalist are back with their insanely good Swedeath saturated The Bitter End, Predatory Light further their black metal chaos on Predatory Light, Trap Them punch you in the mouth with their fifth album Crown Feral while Witchskull breaks out the bluesy doom on The Vast Electric Dark. Switching gears a bit, Dysrhythmia bends time on their progressive instru-metal album The Veil Of Control — let the dissecting begin. And last but not least, Insomnium‘s epic fifth full length Winter’s Gate is a blast. As stated, its another stacked week here on Initial Descent and literally, there’s something for everyone. So hit that ‘continue reading’ link. END_OF_DOCUMENT_TOKEN_TO_BE_REPLACED 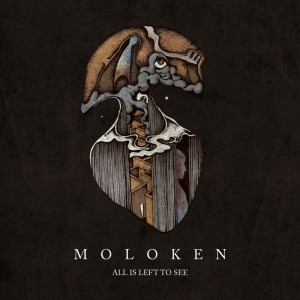 Swedish for “dejected”, Moloken began in 2007 as Nicklas Bäckström’s side project. However, it didn’t take long for this project to take precedent. Eight years were then met with an EP and three studio albums, allowing Moloken to decisively ingrain themselves in a progressive take on sludge metal. As their third studio album, All Is Left To See, they continue to implement a wide range of styles in the same way that has always defined their sound. For the most, the end product is a favorable one, if not too experimental for its own good.
END_OF_DOCUMENT_TOKEN_TO_BE_REPLACED