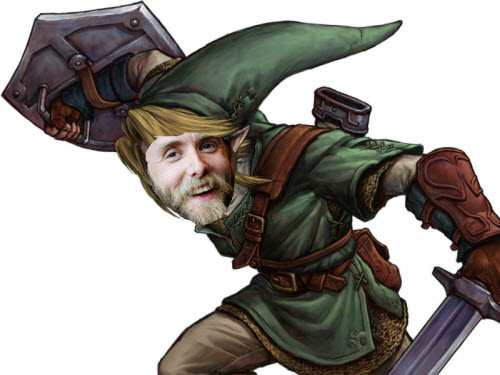 First of two days in a row where I’ll be taking on the Quickies, because Corey’s off doing Boston things. So here they are! Let’s see what we missed today, shall we?

Nice. Anyway, that’ll do it for tonight. Check back tomorrow for the usual!

So whether or not you actually watched ABC’s long-running mystery/adventure drama, Lost, (in spite of the show’s shortcomings down the stretch, I still say I did with a degree of pride) you’ve likely seen a ton of Internet ramblings this week about the show’s tenth anniversary, which was Monday. Reading some (okay, most) of these ramblings not only has me interested in a potential Lost re-watch down the road, but also got me pondering this week’s Stage Dive question, which is:

WHO’S THE MOST METAL CHARACTER ON LOST?

Now if you didn’t watch the show, or the whole concept of a mysterious island doesn’t interest you…well, tough–I’m talking about it anyway. (Besides, Lost was always more about characters than concept anyway, as Grantland‘s Andy Greenwald put a lot more eloquently than I could hope to on this blog.) Regardless, there were tons of interesting characters with tons of interesting back stories (a drug-addicted former rock star, an estranged married couple, etc.)–each of which you couldn’t help but want to learn more about. And, ostensibly, each of which was “metal” or “not metal” to varying degrees. At least in my head.

So which one takes the cake here, then? Which Oceanic 815 survivor was the most metal of the bunch? There’s a totally obvious answer here: it’s The Man in Black.

Now before I go into explaining why MiB is the answer, (aside from him not having an actual name and just being called “The Man in Black,” which would in and of itself qualify him) let’s briefly go into why I didn’t choose some of the other characters. Charlie, despite being in a band and having to deal with lots of personal demons, seems to have been modeled off one of the Gallagher brothers from Oasis. (And while I love Oasis, they’re most certainly not metal.) One of the first things we see Mr. Eko do on the show is beat Michael, Sawyer and Jin unconscious with a giant tree branch, which has him on the right track here–but then in his POV episode, we learn he’s actually a priest. Nope, no dice there, either.

Ultimately, the Man in Black (emphasized again because seriously, HOW AWESOME IS THE FACT THAT HE’S JUST CALLED MAN IN BLACK?) sets himself apart as most metal for a number of reasons. First off, black. Duh. Secondly, dude’s on a lifelong mission to kill his own brother–just try to tell me someone like Varg Vikernes wouldn’t get a big hard-on over an idea like that! Thirdly, he clearly has a set of powers that could be construed as occult, such as the ability to possess certain characters or just, you know, turn into a giant, all-consuming cloud of smoke at his leisure. Plus, there’s…you know, the whole, being a manifestation of “The Sickness,” as the article I linked to above outlines. That about seals it–easy decision here, folks.

Anyway, you know the drill. Share your thoughts below in the comments, and check back later for today’s Quickies!

It’s time for Episode 17 of The Horns Up Podcast, your weekly catch-up on all things metal!

We’re into our second and final week of the Great Butterworth Recession of 2014! This time, co-host emeritus Kevin Davis stops by to chat about new albums from Eluveitie and Nachtmystium, laugh at Varg Vikernes for getting banned from eBay, and discuss new developments at his film production company, Visibly Shaken.

All that and much, much more, so check it out!

Little bit late on this one, folks–sorry about that! Let’s get right into today’s Quickies. Here’s what we missed in the metal world today:

Back for more tomorrow. Check back then!