New week and another new list of incoming metal. This is my one and only favorite thing about any given Monday and gets the pump primed for Friday. Or, something like that. Anyway, we’ve got much to explore here as we kick things off with a long awaited return from Kreator who are still the undisputed titans of thrash, an extreme take on black / death metal from Vølus, a nasty compilation of sorts from Fluids and just because it’s a comp doesn’t mean you get to sleep on it so DON’T, death metal that stings the nostrils from Severe Torture, and a whole heap of other stuff you need in your life. Happy hunting and see you here throughout the week…

END_OF_DOCUMENT_TOKEN_TO_BE_REPLACED

Hello you filthy bastards. I’m listening to metal again. Mainly metal that gatekeepers and other nitwits like to complain about, like the new Ibaraki project from Matt Heafy. So here’s a hearty middle finger to them, and to naysayers that have written off Cradle of Filth who (though sadly losing guitarist Richard Shaw) are 3-for-3 with killer records since signing to Nuclear Blast. And to the folks who continue to bitch about the second phase of Opeth: they’re going to HATE Mikeal Akerfeldt‘s soundtrack to the Swedish crime series Clark. I love it, so let’s kick off the 30th edition of the Nine Circles Playlist with some.

Elsewhere in the 9C realm Anton kicks us off with a triptych of lengthy killer tracks, including In Twilight’s Embrace, the newest tracks from Bedsore off their split with Mortal Incarnation, and Haunter. Josh has been raving about Scars of the Flesh, so we have some for you in here along with a bevy of new music including Vølus, This Is Oblivion, Candy, and Morbid Cross. Vincent provides a brief respite with his beloved Mountain Goats, but quickly pulls you back under the waves with some righteous Wolfbrigade, Au-Dessus, and the first single from the upcoming Wake album. Ian reaches into the past with tracks by In Flames, Dawes, and The Bouncing Souls while Angela somehow channels my inner spirit (must have been in the cards) with some Black Sabbath, followed up by Electric Wizard, some BongBongBeerWizards, and Citizen which, as far as I can tell, is bereft of wizards, electric or otherwise. Finally Buke wraps us up nicely with a host of classic metal cuts, including King Diamond, Whiplash, Forbidden, Sodom, and Sabbat.

Get listening. Stay safe. See you next week. 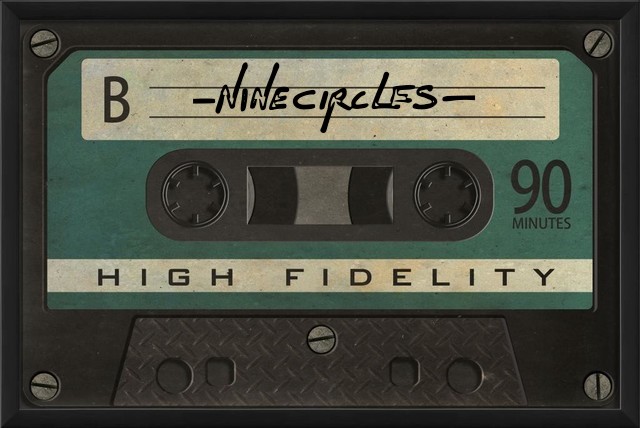 Welcome to another exciting edition of our Saturday morning playlist. This week, we’ve got the outrageously good Unleash the Archers single, one from the new Vile Creature album (also a confirmed good time), a smattering of post-hardcore favorites, and much more. Click down below if you’re not a false.

We all can use a pick-me-up at this point. And, this week we’ve absolutely got you covered with a multitude of stellar metal. What, you ask? Hang in there soldier… Katatonia return with another stone cold stunner that furthers their adventurous efforts into the ether, Cirith Ungol effectively silence a 29 year gap with an explosive fifth full length of high brow heavy metal, Ulcerate kick the death metal doors down and demand the spotlight, Vølus show us how dangerous death metal can be in the right hands, and Elder enlightens us with their algebraic approach to doom. A fantastic start for sure but we’re only getting warmed up to the plethora of amazing albums that await the adventurous. So, get to it. END_OF_DOCUMENT_TOKEN_TO_BE_REPLACED

Evidently the internet at Vince’s house is blown. I’m assuming this is because he’s so damn fast and just shorted it out but the powers that be won’t budge to fix it in time so you got me instead. Hi. Anywho, Saturday means it’s time for good music and since we’re here we may as well make today a better day for all who come ’round to see what the 9C fam is blasting. We’ve got everything from a brand spanking new Vølus track as well as a new joint from The Goners, and some Ulcerate, King Dude, Darkthrone, COC, and, of course, some Waylon for good measure – seriously, Saturday ain’t Saturday without Waylon. But, you know there’s more, so head directly below to get your jam on. Cheers.