It’s hard to say how I will look back on 2015. On a personal level, the last twelve months have been significant. Thanks to the efforts of our Nine Circles team, I have been given the opportunity to explore deeper into the metal universe, uncovering more obscure bands that have significantly impacted my musical life for the better. My position within metal’s audience has undeniably reached a new level, and I have no reason to not be excited about what’s to come. So from that standpoint, 2015 has been a phenomenal year.

That said, looking at metal from a higher perspective, when you compare the last couple of years, it would be difficult to say that 2015 was especially exceptional. The peaks of this past year just don’t quite measure up to those of the preceding year in my opinion. But still, a number of great albums surfaced that I have enjoyed immensely. Overall, this past year has been solid across all genres of metal. So, without further delay, here are my personal favorites from 2015.

END_OF_DOCUMENT_TOKEN_TO_BE_REPLACED

I have a love/hate relationship with best-of lists. On the one hand, it’s cool to see them as snapshots, moments in time where certain music, films, TV shows or books truly resonate on the same frequency as our lives and thus hit us in just the right place in the gut. On the other hand, I despise ranking this stuff because how is it possible to definitively say that one piece of art is better than another? It’s the conversation I’ve had multiple times with my fellow comic book nerds: sure, you could debate for hours about whether the Avenger movies are better than the Nolan Batman trilogy (and granted, debate is sometimes half the fun), but why not celebrate that we live in a glorious time that we can actually have both?

So it’s somewhat in that same spirit that I share my top 10 albums of 2015. Some of these fall cleanly into the metal genre, some of them bleed into others, but they all hold certain elements in common: they’re killer additions to the world of heavy music, any of them could truly be my number one album for the year, and their existence simply made the world a better place in 2015.

END_OF_DOCUMENT_TOKEN_TO_BE_REPLACED

Being a publicist I didn’t listen to a ton of new music that was outside of stuff I was pushing. I mean, I did listen to a ton of music but in all honesty a lot of it was catch up and as a result I probably only heard about 50 albums of stuff from 2015 that I wasn’t working on.  That being said, I still heard quite a few great albums and these are the ten that I felt were stellar in 2015. This list is in no particular order

END_OF_DOCUMENT_TOKEN_TO_BE_REPLACED 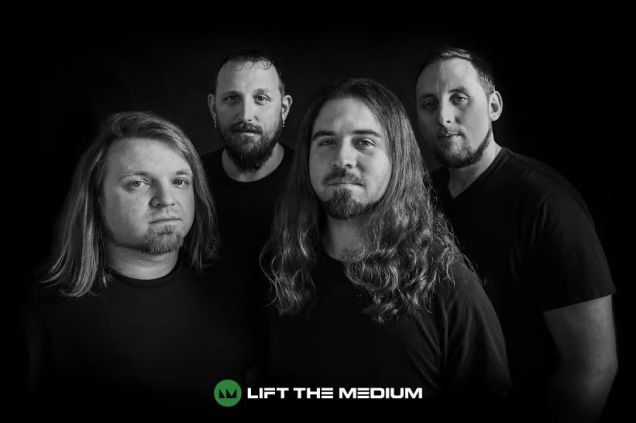 With only a few short days left in 2015, we have reached the beginning of the end of our Best of 2015 series. But fret not, there are still plenty of awesome lists to come and plenty of awesome bands to feature. With that said, allow me to introduce 2015’s best albums as chosen by Lift The Medium. Lift The Medium is a hard rock group out of Cincinnati whose sound is influenced by, well, a variety of different artists. Instead of any individual artist from the group sharing their list, Lift The Medium came together to compile this list. And let me tell you, it is diverse to say the least. Check it out below.

END_OF_DOCUMENT_TOKEN_TO_BE_REPLACED

And with that, 2015 has come and gone. A stupendous year for metal. So many bands deserve a nod for their forays into death metal, experimentalism, progressiveness, power metal, speed metal, black metal, blackened death metal and even technical death metal. So without further ado, here are the best albums of 2015 (in my opinion of course). END_OF_DOCUMENT_TOKEN_TO_BE_REPLACED