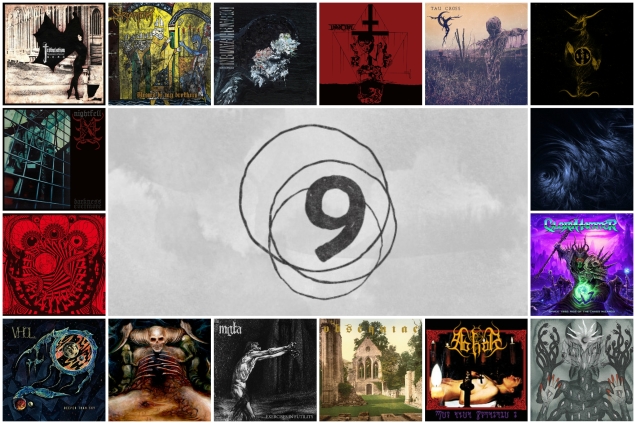 I have a love/hate relationship with best-of lists. On the one hand, it’s cool to see them as snapshots, moments in time where certain music, films, TV shows or books truly resonate on the same frequency as our lives and thus hit us in just the right place in the gut. On the other hand, I despise ranking this stuff because how is it possible to definitively say that one piece of art is better than another? It’s the conversation I’ve had multiple times with my fellow comic book nerds: sure, you could debate for hours about whether the Avenger movies are better than the Nolan Batman trilogy (and granted, debate is sometimes half the fun), but why not celebrate that we live in a glorious time that we can actually have both?

So it’s somewhat in that same spirit that I share my top 10 albums of 2015. Some of these fall cleanly into the metal genre, some of them bleed into others, but they all hold certain elements in common: they’re killer additions to the world of heavy music, any of them could truly be my number one album for the year, and their existence simply made the world a better place in 2015.

Full disclosure — I’m good friends with 1/2 of Poah. They’re a 2-piece band (drums and guitar). Normally I’d try to put something here about how “I’ve been covering music for years” and how I’ve cultivated an “ability to maintain journalistic distance” to properly “evaluate records with dispassionate objectivity” and other such drivel. The fact of the matter is that I honestly don’t care. I know when I hear good music, whether it’s coming from someone I’ve known for years or someone who I’ve never met. And FRQNCYvapor is a damn good album. It’s mostly noise rock, with some chill vibes mixed in here and there, which is always good for the soul as far as I’m concerned. It was released on Christmas Day, so consider this my present to all of you. Enjoy.

These guys bring the noise/hardcore goodness with authority. Sadly, they’re hanging it up indefinitely after this release. Even more sadly, they did a very limited pressing of this album on cassette and yours truly didn’t get a chance to grab one. This is a mortal wound that I shall carry with me into 2016 and beyond. Fortunately I have the free digital version that Nice Hooves put out to soothe my pain. It’s loud, chaotic, raw and in your face from the get-go. Just the way I like it.

I missed the initial buzz around Indian Handcrafts’ last album, Civil Disobedience For Losers, a mistake that I immediately kicked myself for when I finally got around to listening to it. It’s a monster of a record, riffs built on riffs, with a side order of riffs and a tall cup of riffs to wash it all down. As a result, I made sure to jump on Creeps as soon as it was released. Like its predecessor, it comes chock-full o’riffs, but it also shows a real progression in songwriting chops by the dynamic duo behind Indian Handcrafts. The one-two punch of “Snake Mountain” and “The Divider” is a gift from the gods of Metal. It’s a hell of an album and an absolute ton of fun.

You know what else was a ton of fun this year? And would make a fantastic listen back-to-back with Creep? Mutoid Man’s debut LP. Their first EP, Helium Head, was one of my favorites of 2014 and I looked forward to Bleeder with immense anticipation. It did not disappoint. As a Cave In fanatic, I tend to love the various side projects that each of their members create. If I have any concerns about Mutoid Man, it’s that Stephen Brodsky is using all of these ridiculous riffs for this band and not saving any for Cave In. Who am I kidding? The man is a songwriting machine. Mutoid Man just means that there’s more Brodsky love to go around. And that Ben Koller guy on the drums is pretty decent. He might have a solid career ahead of him if he learns to apply himself.

Okay fine, maybe just play this and the previous two albums back-to-back-to-back for a master class in riff-writing. Torche is one of my all-time favorite metal bands and Restarter is them at their most vibrant and powerful. I don’t know of any other band that manages to be so seamlessly heavy and catchy, all at once. Their live show is a sight to behold. Honestly, it should be illegal to be this awesome.

Including this might be a bit of a cheat, as it’s technically an EP with only two tracks on it. But given that both are at least 14 minutes long, I’m willing to make an exception. Hailing from the UK, these guys play some killer ambient metal. The highest praise that I can bestow upon them (and Cold) is that, while I lament the absence of ISIS at least weekly, they do a masterful job of filling that void in my heart. And they do it without coming across as a bunch of wannabes. They’ve honed their own sound and it is a glorious gift of epic British metal. I believe that they’re working on a full-length, which means that it’s automatically one of my most anticipated releases of 2016.

I am, admittedly, new to the world of Cherubs. Though they were initially around to help define the noise rock sound with two records in the early 90s, I didn’t come across them until this year. But 2 Ynfynyty wasted no time worming it’s way into my soul. It’s noisy, brash and strangely hypnotic in certain places. It tickles a reptilian part of my brain that makes me extremely happy. Get this and listen posthaste.

If we can’t have ISIS, I’ll be happy with whatever former lead singer Aaron Turner puts his mind to. I already sang his praises in my Thanksgiving article, so I’ll just say this about Sumac. It’s the perfect meeting place of three incredibly talented musicians (along with Turner, you’ve got Brian Cook of Russian Circles and Nick Yacyshyn of Baptists). It’s dark, foreboding and immensely heavy. It’s not the most accessible album, but it provides attentive listeners with a deeply rewarding experience. 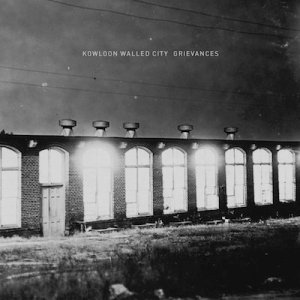 Truth be told, I wrestled mightily with whether to put this album as my number one pick for the year. And the main thing that tipped the scales in favor of KEN Mode’s Success is that I had more time with it than I did with Grievances. So it’s number two spot on this list should never be misconstrued for any lack within the record itself. With this release and 2012’s Container Ships, I would argue that Kowloon Walled City has managed to achieve something that most bands only dream of: they have honed a sound that is distinctly theirs. As soon as the first note rings out, there’s no mistaking it for anything other than KWC. On Grievances, they’ve created an album of heaviness that also has space for each instrument to be heard. It’s a phenomenal record and one that I will be returning to often in the coming days.

And so here we are at number one. As I said previously, any one of these albums could potentially be number one, but as I revisited each, the choice for the top spot became more and more clear. Success is a perfect mix of noise rock and metal that warms the cockles of my heart. Lyrically, it’s a scathing assault on much that we as a society hold dear. I love it and every time I listen, I hear something new that deepens the overall listening experience. Listen to this one often and listen loud.

Thanks for sticking around until the end. Here’s to a even better 2016!