It’s been a little while since we heard from German power metal stalwarts Orden Ogan. The band’s terrific last album, Gunmen, dropped way back in 2017 and wound up staking a claim on at least one of our staffers’ year-end lists. But since then, the band’s had some ups and downs. Longtime guitarist Tobias Kersting left the group. Vocalist / producer / mastermind Seeb Levermann suffered a hand injury and had to give up guitar-playing responsibilities of his own. And most notably, the [gestures broadly at everything] that was 2020 forced multiple delays of the band’s follow-up album, the perhaps-too-appropriately-titled sci-fi concept piece, Final Days.

Originally scheduled for release last summer, Final Days is, erm… finally… upon us. So, how does it stack up with Orden Ogan’s back catalogue? All told, mostly well enough.

END_OF_DOCUMENT_TOKEN_TO_BE_REPLACED

Welcome back, weekend warriors. This time on our Saturday morning mixtape series, we have a grip of picks from almost everyone on staff, so you’re bound to find something good no matter what you’re into. Brew up something strong and take a listen down below. 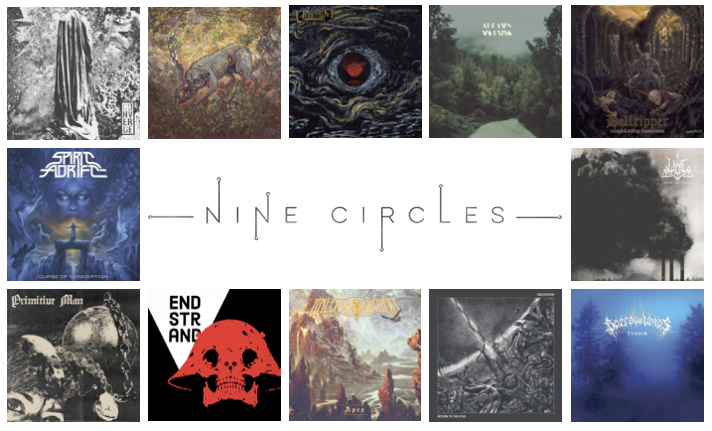 I’m gonna keep this intro short and sweet because this is all about the tunes. Since Nine Circles is the mecca of extreme music discussion, I’m going to change things up a bit. My list is strictly Power Metal. As the resident Power Metal guru I want to highlight 20 great albums from this awesome, yet misunderstood sub-genre. If you’re okay with Power Metal, cool! If not…LEAVE THE HALL!!! I now present to you my 20 favorite Power Metal albums of 2017.   END_OF_DOCUMENT_TOKEN_TO_BE_REPLACED

It’s new release Tuesday—time for another edition of Just the Tip! Here’s the new release (and couple of older releases) we’ll be discussing on the podcast this week!

We’ll also have written reviews of these and other new releases here on the site throughout the week, but for now, take a listen and check back later this week for our spoken thoughts in Episode 38!