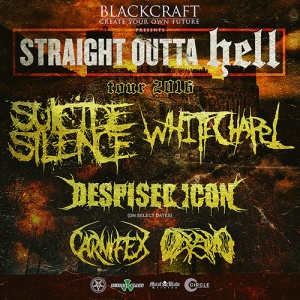 “I received your light, I received your wound, as a funeral rite for a heart entombed. As stigmata, envoys of the grave of holy creed. As your hand demands to fear, your canon requires to persevere. To claim the heart of those pierced by such immense deceit.”

No but really, this new stuff from Dead to a Dying World is absolutely amazing.

I mean real weird. But appreciated.

FRIDAY! That is all. Actually no, that’s not all. I’m seeing Rush tomorrow and couldn’t be more pumped for this weekend. There…that’s all. Let’s do some Canto, shall we?

These guys should do things here in the States. Soon. Anyway, I’m out, kids. Enjoy the weekend!

We have reached yet another week. I am just now realizing that I totally spaced on yesterday’s weekly review and, strangely, I’m not broken up about it in the slightest.

For the most part… it’s quite good.