I took two days off last week because I felt like it.

END_OF_DOCUMENT_TOKEN_TO_BE_REPLACED 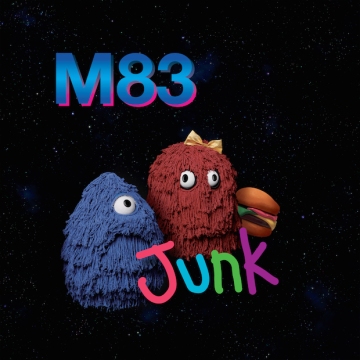 If you were alive and conscious throughout the year 2011, chances are, at some point or another, you heard the song “Midnight City” — an infectious dream pop tune from French musician Anthony Gonzalez (a.k.a. M83) that captured the wonder and adventure of his move to Los Angeles. It was one of the best songs of the year, from one of the best albums of the year, and it instantly set up a microscope over Gonzalez’s future output. From a critical standpoint, whatever follow-up material might surface down the road was preemptively put on watch.

Setting aside his soundtrack to the 2013 film, Oblivion, that follow up finally arrived in April 2016, in the form of M83’s seventh studio album, Junk. So how’d the thing hold up under the weight of gargantuan expectations?  END_OF_DOCUMENT_TOKEN_TO_BE_REPLACED

Monday. It’s stupid. The ran is kinda nice, though.