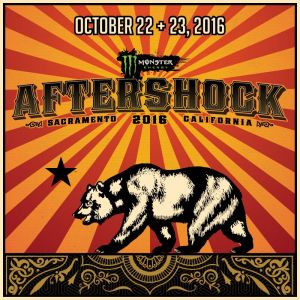 “I had this dream, our planet surviving. The guiding stars always glowing. And all the wealths, the fates of the countries, they’re all rebuilding at the same time. I never fell and always believed it. We could evolve and get older, open thy eyes and let all this flow in. Now see a new hope is growing inside.”

Hey, everyone. Reporting from Baltimore today, getting pumped for the first night of MDF. Needless to say I’m excited. Let’s see what else is going on out there:

Mother of Satan, I’m glad this week is done with. Let’s get right into it—it’s Quickies time! Here’s what we missed in the metal world today:

SPEAKING OF BOSTON THINGS: Corey’s running in the Boston Marathon this weekend, and has been working his ass off to raise money for the Boys and Girls Clubs of Boston. If you haven’t donated, please consider doing so!

For a little wooden guy, that’s not a bad Neil Peart impression. Anyway, that’ll do it for us. Check back tomorrow for the podcast!

Thank god we give you the Merriment for the week on Monday. Otherwise, Mondays would REALLY suck.

NSFW in all of the ways. Enjoy that one.

Time for another edition of Throwback Thursday! This week, let’s take a look back at an album that turns 42 today–Black Sabbath’s Vol. 4! Vol. 4 brought on quite a few changes for Black Sabbath–HA! See what I did there? For one, they moved out of their native UK and set up shop in Los Angeles to record. Second, well…drugs. Lots of them. Throughout the recording sessions, the band had entire speaker boxes full of cocaine delivered to them in the studio, with heroin and their usual drinking also playing a role. (It got so bad that at one point, the band came home to find drummer Bill Ward naked in a drug-fueled stupor, and then spray-painted him gold and covered him in lacquer–resulting, naturally, in a trip to the emergency room.)

In spite of these, erm, obstacles, the band managed to put out their most ambitious and experimental album up to that point. Admittedly, some songs definitely hold up better than others today; stuff like “Snowblind” and “Tomorrow’s Dream” still kick ass, but while “FX” might have seemed like a cool idea at the time–hey guys, let’s hit Tony’s guitar strings with random objects and record the noises!–it just seems a little stupid today.) All told, though, Vol. 4 is one of Sabbath’s most easily revisitable albums, and very much a treat to listen to end-to-end.

So for today’s #tbt, let’s listen back to one of our favorites from Vol. 4–the riffy ball of awesomeness that is “Supernaut.” Check it out:

Happy 42nd, Vol. 4! Check back later on for today’s Quickies!