I need to start getting ready to get drunk, so I’ll keep this short and sweet.

Isn’t that something? I sure think so. Anyway, that’s enough outta me until tomorrow.

Dan mentioned something about new Amorphis… but I can’t find it.

We have reached yet another week. I am just now realizing that I totally spaced on yesterday’s weekly review and, strangely, I’m not broken up about it in the slightest.

For the most part… it’s quite good. 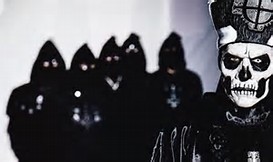 Another day done. And another day closer to the weekend. At least it’s super nice out. I can’t wait to drink outside… right now.

Quickies time! Let’s see what we missed in the metal world today:

Welp, I wanna go do some cardio now. Actually, I don’t because it’s -140 degrees out. That’s an actual temperature reading, definitely not a number I just pulled out of my ass. Anyway, that’ll do it for today–check back tomorrow for more!