I’m not gonna lie, it feels kinda weird to resurrect my Retrocution column for the first time in more than a year… with an artist who, by his own account, has been actively trying to move away from “conventional” synthwave for a while now. But for James Kent, I’ll make an exception.

After all, Kent’s work as Perturbator was one of my earliest exposures to synthwave. I wouldn’t be anywhere near as big a fan of this music — maybe a fan at all — if not for Dangerous Days. So even though my tastes within the genre have since shifted a bit more toward the pop end of the spectrum, I tend to listen whenever Kent drops something new — conventional or otherwise. And in the case of his latest effort, Lustful Sacraments, the listen proved to be quite an excellent one.

END_OF_DOCUMENT_TOKEN_TO_BE_REPLACED

Synthwave is one of those genres that has become a go to for metalheads due to its horror movie kinship, its wildly creative sound and its imagery which at times can mirror some of extreme metal’s most enduring gorehounds. Perturbator and James Kent have been at the tip of this spear since Terror 404 back in 2012 and has shown more and more growth and depth on each successive album. Now, with Lustful Sacraments, the band dive further into the industrial side of the synth coin but do so in a way that doesn’t leave anything behind. Think of it as an experiment gone incredibly right. Head inside for an in depth discussion via The Nine Circles Audio Thing.

END_OF_DOCUMENT_TOKEN_TO_BE_REPLACED 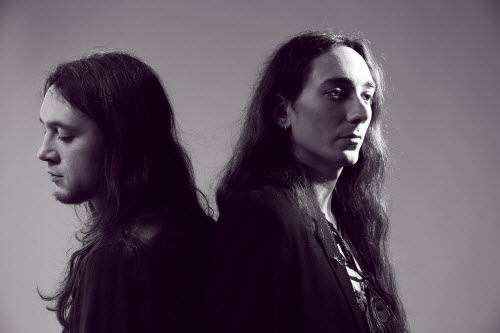 Squeezing one more in this week while I have a minute to breathe.

Happy Monday. I had basically half a tooth replaced today, which was fun.

After what feels like an eternity in the “development” stage — damn you, nursing school! — we’ve finally gotten our Retrocution column going here at Nine Circles. And damn, does that feel killer. I’ve gotten to a point in my music listenerdom where I’m listening to as much of this stuff as I do metal, if not more — and my attempt to build out this column certainly isn’t going to change that trend.

But, one thing said attempt has done is, it’s gotten me to look back at exactly how I got into this stuff. For a long time, I couldn’t — or never really tried to — pinpoint that. If asked why / how I got into the genre, I’d give a generic answer about “the aesthetics” or something, and just shift the topic to the genre’s latest offerings. And to be fair, “the aesthetics” are certainly part of the equation — but the music is the truly important part, and I’d never given any real thought to my foundations on that side.

So, let’s change that, shall we? Without further ado, I present The Nine Circles ov How I Became a Synthwave Fan. END_OF_DOCUMENT_TOKEN_TO_BE_REPLACED