Columbus, Georgia is situated roughly 100 miles southwest of Atlanta and just across the Chattahoochee River from Phenix City, Alabama. It is the second largest city in Georgia (population over 200,000) and the home of Columbus State University, one of the biggest urban whitewater rafting courses in the world and Fort Benning is close by. Atlanta may be the city you all are familiar with for metal and live shows but, as Cole (@KVLTLand) points out in this Scene Report, the bands that follow and The Estate make Columbus a definite must visit to see some very good homegrown metal. 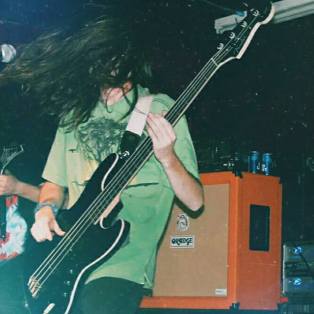 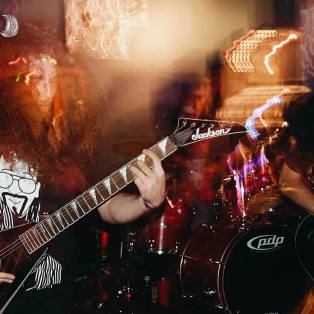 Giger is a stoner death metal band with a heavy southern drawl. With influences ranging from My Dying Bride and Sleep, they carry razor sharp clean crescendos with grooves catchy enough to almost be considered as light funk. Well structured beats laid out by Travis Hatley (drums), makes it easy for Avery Bradshaw’s (lead vocals and bass) grooves to seep into the listener’s ears but still keep them on edge by the riffs and tones of guitarists MacCauley Crawford and Tyler Weed. With a solid demo hanging on the wall, and energetic live shows, Giger successfully build up anticipation for their debut album coming soon from Sepulchral Silence.

For more information on Giger visit their Bandcamp page and Facebook page. 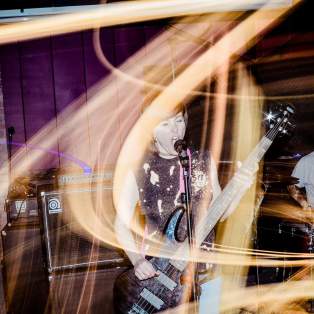 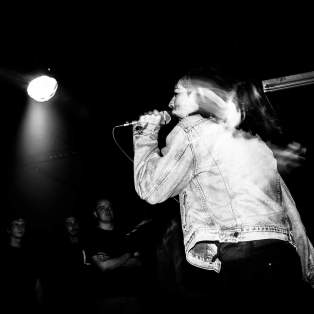 Being the prominent bangers they are, Blight On Society gain attention through lightly muddied hardcore. With vocalist Juliana E. rhyming over Wayne’s (S. drums) beats, the band showcases the modern sins of humanity. Power hungry corporations, apathy, selfishness and the fact of human life overpopulating the Earth, robbing it of its beauty is the antagonistic theme and energy of their demo. With the groovy bass from Crystal W. on songs like “Parasites” and rhythmic guitar tones from guitarists Max M. and Trajan S. on songs like “Confinement,” the music will mesmerize the listener while headbanging to its message. The band is technically from Alabama but they truly are a huge part of the Columbus scene.

For more information on Blight On Society visit their Bandcamp page and Facebook page.

The two man band Celestial Spawn conveys powerful blackened death metal with a little jazz on the side. With their Inquisition like appeal, the band proves that their powerhouse of music can’t be confined to an earthen realm, but only through wandering riffs that rule the sky and a solid gravitational pull that could swallow the listener into a different kind of hell that mighty gods couldn’t decimate. Lacking a bass player, the constant pummel of drummer Neal DeLuca and roaring riffs of guitarist Rustam Rafi are enough to separate fault lines of any planet and cause destruction with their melodic, jazzy moments. With the roughness of their unmixed demo, Celestial Spawn manage an organic atmosphere that is extremely well executed.

For more information on Celestial Spawn visit their Bandcamp page and Facebook page.

A special thank you to Lance and The Estate for giving these local and non-local acts a chance to perform in front of a live audience. Not only providing a chance for these talented and overly dedicated musicians to be heard, but also providing a place for people to hangout out as well. So next time you’re in the vicinity make sure you stop by and tell them Cole says hello.