Receiving the Evcharist is our weekly feature where we pair choice albums with our favorite libations.  Drink from the cup of heresy.  This week’s offering: Phrenelith’s Desolate Endscape and Lagunitas Brewing Company Born Yesterday Pale Ale. 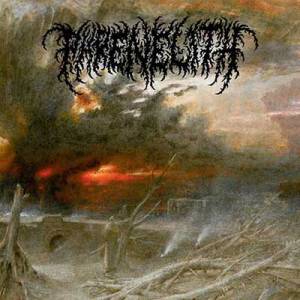 I come to this album, tail between my legs, because I am ashamed I didn’t get around to checking it sooner.  Released in its earliest inception in February (but properly released on vinyl in March), Phrenelith’s Desolate Endscape is the kind of hulking death metal that is near and dear to my heart.  What else could you expect from an album that includes track titles such as “Eradicated” and “Channeling a Seismic Eruption”?  Chunky riffs, flesh-rending vocals, and a bleak atmosphere combine to create one hell of a soundtrack for the end of the world.  Don’t be like me and sleep on this album. 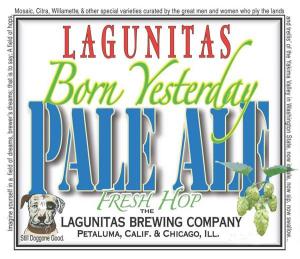 To complement our offering of filthy death metal, we have Born Yesterday, a freshly hopped pale ale from Lagunitas Brewing Company.  The particular version I am drinking tonight is part of their 2017 One Hitter series, and is an unfiltered version of this brew.  Obviously, as the name would imply, the hops are the star of the show here, and the fresh hopping technique lends a cleaner flavor here than in other pale ales.  There is a distinct bitterness that is inherent to the style, but it isn’t drawn out, and the overall experience is light, crisp, and surprisingly refreshing.  This would be a perfect springtime beer, but as it is, it works wonders on an autumn’s night as well.

That’s all, folks.  Stay good out there, and I’ll catch you next week.  Until then,

One thought on “Receiving the Evcharist – Phrenelith & Born Yesterday”