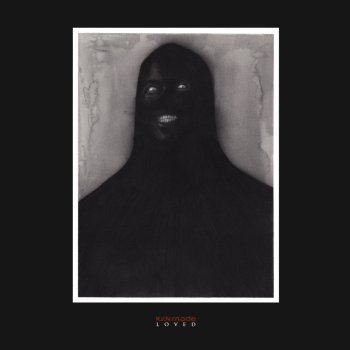 Becoming disillusioned with the world, especially for anyone reading a heavy metal review on the internet like this one is common enough. Metal is rife with idealized and (possibly) fantastical or political worlds. There’s a romantic notion to the idea that we could make the world better. But if that world fails to materialize, whether through your own fault or not, you might find yourself mindlessly drifting through those old worlds in the meantime. Life never stops being bullshit but it’s the path we’re on. Enter KEN Mode’s latest Loved.

On the heels of the “Steve Albini noise rock” turns of 2015’s Success and 2016’s Nerve EP, Loved is the product of renewed vigor and spite. Having taken most of the last couple of years to pursue other interests due to self-described burnout, the Matthewson brothers Jesse and Shane, along with returning bassist Scott Hamilton regrouped in 2017 with the goal of writing a record to match the ugliness of the world we so vividly live in.

There are definite moments like the opener “Doesn’t Feel Pain Like He Should” that actually reach back to recall pre-Success albums like “Entrench,” with a kind of density and freneticism some fans may have missed on Success. The follow-up track “The Illusion of Dignity,” however, feels like an ugly cousin (in a good way) to Blessed. As the album progresses, Loved seems to exist in a liminal state between old KEN Mode and newer KEN Mode. Rhythmically it feels more in line with Success, while sonically it is overwhelmingly heavy and fully disgusting.

Speaking of which, I think where this album shines the most is in the dissonant mood, thanks to some horrifying arrangements and production.  This thing sounds hugely uncomfortable, and the creepy atonal saxophone keeps things unsettled even on the couple of mellower tracks. And while I’m on that saxophone tip, I have to call out the closer “No Gentle Art” with its devastatingly monstrous riff, led by the best saxophone in metal I’ve heard since Couch Slut.

The lyric that centers the album for me is from the track “Not Soulmates,” particularly  “you’re going to continue enjoy this mistake with me.” KEN Mode aren’t 17-year olds railing against a system they barely know the meaning of.  They have adult responsibilities because, well, that’s how you exist. There is fun to be had, in an absurdist kind of way that KEN Mode’s been having for years. That cover art of a figure completely eclipsed in darkness save an unnerving smile is a perfect visual metaphor for this band.

While Success trod new ground for KEN Mode um…successfully, Loved necessarily takes the band in an uglier and heavier direction. Whether that’s because of time away or time spent in the hellscape of the last few years, it doesn’t matter. It’s the album we needed from them.

Loved will be available August 31 on Season of Mist. For more information on Ken Mode, visit their official website.