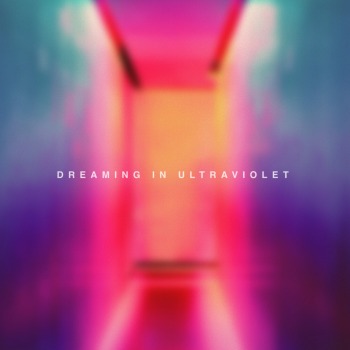 Blackgaze can be joyous, although I don’t go looking for it very often. While my tastes tend to go for the atmospheric and off-kilter, I sometimes find something that catches my eye that really makes me want to sit and listen. Whether it’s how the album sounds or how it’s constructed, my brain always tries to fill in the gaps of what makes something tick. In the case of Joyless Euphoria’s Dreaming In Ultraviolet, what made me sit down and take notice was how inherently colorful and joyous it is. Even though the genre it comes from is not known for its levity, this album has something that makes me want to get up and weep in joy.

One of the first things noticed about the record is how, at the very beginning, the music just launches into existence. There is no preparatory intro and no soft dive before launching straight into the screaming. It’s so inherently joyous that all I could think about was how sonically different it was from everything I have heard up to this point. Granted, the vocals make the music a few degrees colder than normal, but the way everything – from the composition to the layering of each instrument – is constructed makes Dreaming an interesting foray into blackgaze. The first track “Dissociation” contains walls of sounds that move with the instruments, creating a riveting texture that feels vibrant and alive. It doesn’t drag in the least or have the constant hammering pace that black metal sometimes has, which is already an improvement on its part. In fact, Joyless Euphoria take great care in how they blend the pieces together. The drums keep the pace taut while the guitar creates texture, making the album feel hazy and somewhat atmospheric. The vocals enhance this texture, adding another layer of sound that makes everything cleaner and more clinical. Because the vocals also tend to shift from harsh to clean, there is also a melancholy that becomes noticeable as the minutes and tracks tick by.

The album continues in this vein, becoming more and more melancholic the further it travels to completion. While Dreaming does have its somber moments – “Grave Hotel” is a great example of enveloping melancholy – it’s the final track “About Me” that truly sells the melancholic aspect. Although the album starts off brightly, the end is where things get somber as everything slowly tapers into a soft ending. There is no explanation as to this change in the dynamic, but it works, and it eventually returns to the joyous beginning of “Dissociation.” It almost seems as if the soft ending of “About Me” was supposed to be the introduction to “Dissociation,” but I personally prefer how the music is set up. Having the ending of “About Me” be the beginning of “Dissociation” ruins the organic effect of the music starting as it does. The effect is better and welcoming this way; after all, the music takes you by surprise and doesn’t release its grip, even when it’s over.

However, the only problem with Dreaming is that it quickly become stale if one chooses to only pay attention to certain aspects of it. While this can be quickly solved by changing focus into other aspects of the music, Dreaming runs the risk of becoming off-putting. Although this may be due to the production or to how the album was mixed, this is a minor detail that does not impede the album’s enjoyment.

All in all, Dreaming In Ultraviolet is a colorful album that hides its inherent melancholy underneath the instrumental textures and vocal shifts. The album has impressed me with its bait-and-switch, and warrants repeated listens. This isn’t music for the listener to ‘zone out’ to; this is music that you play on a hot, summer morning with a cup of coffee in hand. It’s music that warms you to your core, even when you least expect it.

Dreaming In Ultraviolet will be available February 15 on Boersma Records. For more information on Joyless Euphoria, visit their Facebook page.