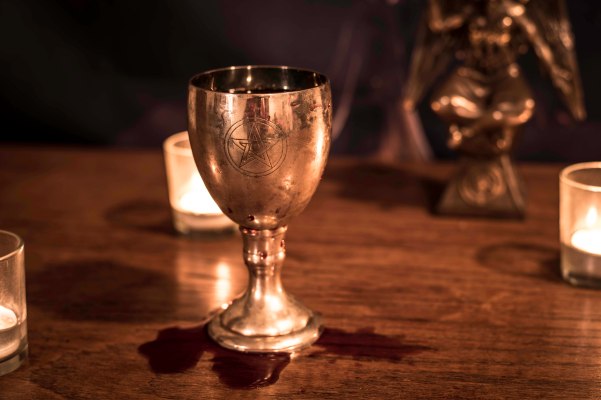 Receiving the Evcharist is our weekly feature where we pair choice albums with our favorite libations.  Drink from the cup of heresy. This week’s offering: Suffering Hour’s Dwell and Russian River Brewing Company’s Pliny the Elder.

Suffering Hour are the exception and not the rule.  I talk a big game about how much I really am not a tech-death person a lot, and it is because I have always felt that tech-death bands forsake atmosphere and smart songwriting choices to cram in more flash than is really necessary into their music.  Yet here I am, reviewing an album of extremely technical blackened death metal, precisely because upon my first listen to this band, I could tell they get this concept as well.  Picking up where 2017’s In Passing Ascension left off, Dwell is a single eighteen minute track, dragging the listener on a journey to the depths of darkness and back again.  Beginning with a somber, melodic intro, ‘Dwell’ crescendos into whirlwind fury, with the band’s signature sliding, angular chords and hanging dissonance taking full effect.  Yet in the midst of all the chaos, there is melody and atmosphere here that keeps it from feeling clinical, that gives it a dark kind of life of its own, and when the band reprises the opening melody in glorious fullness, there is even a sense of hope peeking through the black.  Suffering Hour have found the perfect intersection between technical prowess and skilled composition, where true creativity blossoms. 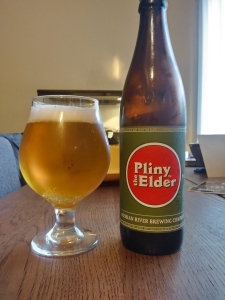 ~Reunited and it feels so goooood

I can’t think of a better way for me to jump back into the saddle with this column than by finally getting to show off what is truly one of my favorite IPA’s I’ve ever had.  Even if this is only the second time I’ve ever actually gotten my hands on it.  A lot of hype goes around when talking about Pliny the Elder, and the devotion people have to it usually means that whoever gets some sells out fast, but in this case the hype is fully justified.  Russian River Brewing Company have created what can be thought of as Thee Quintissential West Coast IPA, combining the classic elements of pine, citrus, and hoppy bitterness together, but in a way that accentuates some of the more subtle notes present i in the ingredients as well.  Pliny the Elder is bright with citrus, yet also smooth and floral.  It’s slightly bitter, but with a hint of fruity sweetness at the finish.  It’s earthy, yet not overpowering.  It doesn’t hit you over the head with any one particular facet of the beer, yet in doing so it allows the IPA to shine as a whole, cohesive taste experience.  Believe the hype, and be quick if you find any near you.