Receiving the Evcharist is our weekly feature where we pair choice albums with our favorite libations.  Drink from the cup of heresy. This week’s offering: 1349’s The Infernal Pathway and Willett Distillery’s Noah’s Mill Bourbon.

The Metal: 1349’s The Infernal Pathway 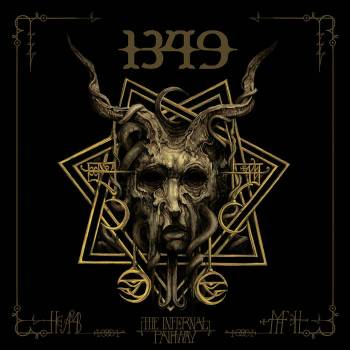 Yea, I’m a day late with this. Brother Vincent is off on some swashbuckling adventure and I just, basically, had a brain fart. And here we are, a day late, but it’s still the weekend so there’s that. Anywho, for this edition of the coveted Evcharist I’m pairing a high proof black metal album with a high proof bourbon – there’s your tie in for those slow on the uptake. 1349 are no strangers to ‘high proof’ black metal of the thrashy, speedy sort but they kinda went all cold and frigid on MCoC and Demonoir while experimenting a bit with the occult jams on Revelations of the Black Flame. However, The Infernal Pathway finds them back on the wavelength (and my comfort zone with 1349) of Liberation and Beyond the Apocalypse which is to simply say; slice the top of your head off black metal that infuses just the right amount of punk and thrash to make it not only vicious but devilishly fun. Look no further than the rambunctious and melodic riffs on opener “Abyssos Antithesis” or the warp drive speed meets raw black metal claws of “Enter Cold Void Dreaming” and they’re right back in their sweet spot. “Deeper Still” has some epic depth courtesy of a bulletproof rhythm section but it’s the no f$%ks given, balls out approach of “Striding the Chasm” that really made me stand at attention and give this album another several spins. Sure, we get a few needless revisits to the “Tunnel of Set” suite but sometimes a band just needs to get their atmosphere on and in the context here, I’m ok with that. All killer and just a tiny bit of filler but still ‘high proof’ as hell. Satan smiled, Jesus wept. 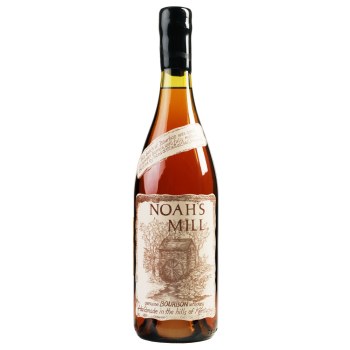 I told you we were going high proof and Willett Distillery’s Noah’s Mill fits the bill coming in at 114.3 proof. No idea how they churn out a consistent 114.3 but I’ve seen rows and rows of this bottle and every one of them states the same thing. Willett Distillery has a rich and looooong history which I won’t bore you with but if you want a rabbit hole go here, and enjoy. Bottom line is, they’ve put out a crap ton of good bourbon’s, rye’s, and whisky’s in their day and Noah’s Mill is another in that long line of successes. I came across this through my ‘guy’ at my local package store who said it was a strong contender to Pappy, to which I furled my brow and doubted but he’s my ‘guy’ and I bought it and thanked him for the recommendation because as I said, he’s my ‘guy’ and you always, ALWAYS buy at least one of his reco’s from time to time in order to get that early nod that the motherload is coming on Wednesday. Anyway, Noah’s Mill is not the Pappy parallel he promised but it is a really good high proof, gum number, choice for the $54 price tag and easily worth a little more (pssst, don’t tell anyone I said that). These bottles used to carry a 15 year aging statement but no longer do and now it’s ‘said’ to be a blend of bourbons aged anywhere from 4 to 20 years. The nose is allspice, vanilla, and oak while the palate is warm cinnamon, somewhat burnt pecan, and creamy caramel. It goes best in a Glencairn glass where the nose and flavor hits at once but doesn’t go so well with a slight ice melt. I’ve tried it both ways and while I prefer neat for most of my bourbons, with this one it’s an absolute must as the ice melt just kills it. Taken properly (neat), it has a dry finish but does finish as strong as it starts so it gets extra points there and honestly it kicks like a mule if you swig rather than sip. But, why else would you go for a 114.3 proof anyway? All said, this pairing has been an absolute winner. 1349 is at the top of their game and Noah’s Mill has become a house staple for those time when I need, or just want, a higher proof bourbon. Go forth and try this pairing but be prepared to find the floor quickly and wake up with a sore neck.

Brother Vincent will return but in the meantime, Cheers