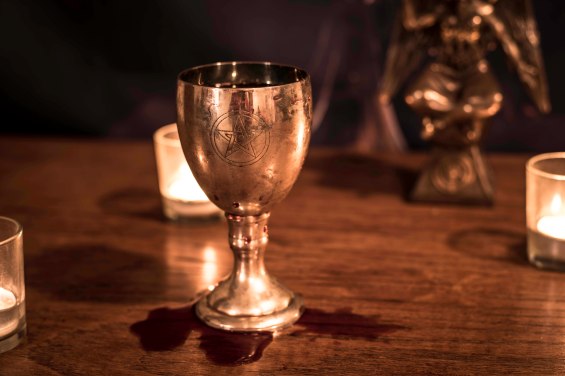 Receiving the Evcharist is our weekly feature where we pair choice albums with our favorite libations.  Drink from the cup of heresy. This week’s offering: Alcest’s Spiritual Instinct and Modern Times Brewing Company’s Orderville IPA. 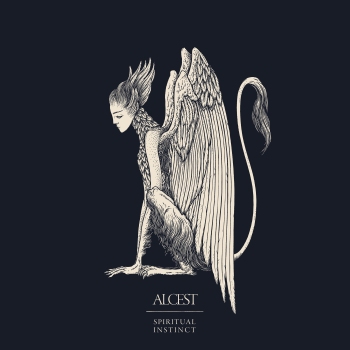 Before I’d even heard a note of music, I remember reading a post online in which Alcest mastermind Neige said recording Spiritual Instinct was “a long and challenging process.”  I had, at the time, no idea what that could be referring to, but after sitting with the album for a good long while, I think I finally understand what he meant.  Alcest have never been one to shy away from change, with each album of theirs taking a differing approach to the band’s singular musical vision, and Spiritual Instinct continues down that path of metamorphosis.  After the gentle shoegaze of Shelter, 2016’s Kodama was hailed as Alcest’s “return to form”*, the fangs of the band’s previous material once again bared as black metal entered back into their musical repertoire, but Spiritual Instinct manages to hit that aggression and run even further with it.  The one-two punch of “Les Jardins De Minuit” and “Protection” might be some of the heaviest music Alcest have ever written, and provides a powerful opening statement. Even the grunge-tinged “Sapphire” and slow burn crescendo of “Le Miroir” manage to convey the darkness and tension the band have chosen to emphasize on this album.  It is easy to see the demons the band must have wrestled with to coax these kinds of songs from themselves, and as challenging as these songs must have been to write, Spiritual Instinct is a challenge for the listener as well.  This is perhaps the first Alcest album that I haven’t taken to immediately; as much as I thought I would relish a more metallic sound from the band, I admit it was not quite what I had expected. And the force of the songs threw me for a bit of a loop.  It took time for me to find the center, the heart, of Spiritual Instinct that connects it to Alcest’s discography at large, to the feeling that only this band evokes in me, but once that piece clicked into place, so did everything else.

*Author’s Note: we can argue about how much I hate that statement and how Shelter does not get nearly the amount of love it deserves at another time and place, and rest assured, argue I shall.

It might nearly be the end of October but Summer’s death throes are still hanging on to Southern California, so today I wanted to reach for something refreshing.  Modern Times has never let me down before, so I figured this would be a great opportunity to try some more of their hazy IPA’s, since that seems to be what I’m into these days.  Orderville is a year round offering from the brewery that delivers liquid sunshine on demand, crisp and sweet with orange and tropical fruit notes galore.  The smooth finish and rich body only serve to make this beer more crushable, and I have to seriously pace myself so I don’t chug this thing like lemonade.  The perfect drink for when it’s inexplicably 95 degrees outside.

One thought on “Receiving the Evcharist: Alcest and Orderville IPA”