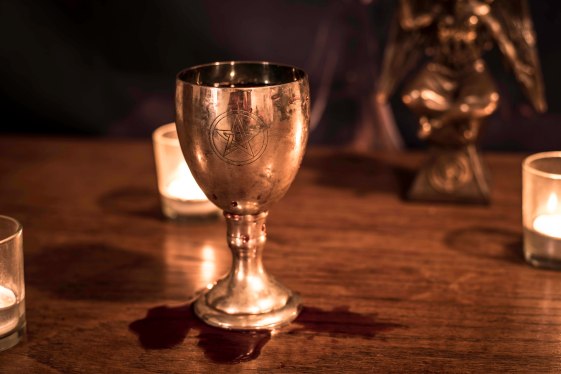 Receiving the Evcharist is our weekly feature where we pair choice albums with our favorite libations. Drink from the cup of heresy. This week’s offering: Skyeater’s Descent and Stone Brewing Company’s Fear.Movie.Lions. 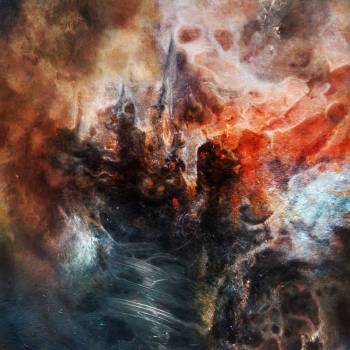 If you heard us on our latest podcast episode about the new Wake album, you will have also heard me talk at length about how much I love Descent, the newest release from Los Angeles’ Skyeater. Given the episode’s release date this week, I thought it would be good to plug this album again, because if there’s one name I’d like to sell you all on, its Skyeater. They are, without question, my favorite local act, one of the most exciting new acts I’ve found in many years, and wonderful people on top of it all. Descent shows the four-piece at the absolute top of their game, taking everything that made their debut The Maw of Time one of my favorite releases from 2017* and adding new dimensions to their sound to evolve it into something much more, be it the harmonic-driven intro to opener “Scrying Hammer,” the waltz-beat section of “Enfeebled, You Plunge Into the Nameless Sea of Inconsequence,” or the focus on more death-doom in the sonic equation of Descent as a whole. The songs here are long-form without losing their sense of purpose, with sections flowing in and out of each other in a natural pace and rhythm, and the music manages to strike a balance between fiercely melodic and crushingly heavy. Descent is the best parts of black, death, and doom metal condensed into one cohesive whole, and is unquestionably one of my favorite releases from 2020, one that gets better with each listen. Do yourself a favor and SUPPORT.

*Yes I pretty badly fucked up the release year in the podcast episode, but in my defense time has no meaning anymore. 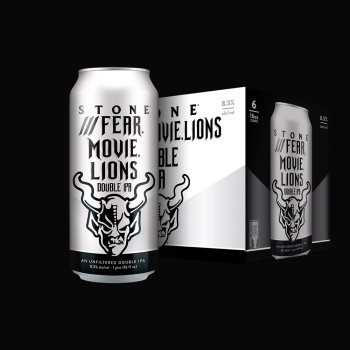 These Revenge album titles just get weirder and weirder, don’t they?

Jokes aside, this week we’ve got a beer from Stone Brewing Company with a mouthful of a name and flavor to back it up. Stone isn’t exactly known for subtlety when it comes to their beer, and Fear.Movie.Lions is no exception. An unfiltered double IPA, this drink packs a ton of classic hazy IPA flavors, led by uppercuts of orange and tropical fruit notes that fade into soft stone fruit in the finish. This is big, bold, and surprisingly complex; like a poorly produced album where all the instruments are blown out and red-lined, I almost expected this beer to be an impenetrable wall of too many flavors at once, but there is a surprising amount of contrasts here that make this exceedingly drinkable in spite of its brash nature. Color me both surprised and impressed.