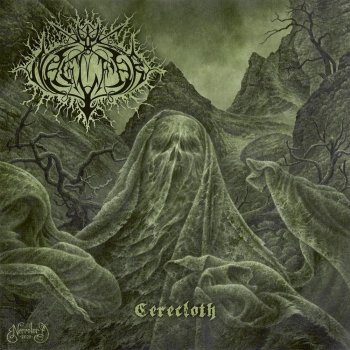 Man, 2005 was a crazy year for me and metal.  It was the year I re-engaged with the genre, and the more extreme side held me vice-like in its grip.  If it had a cool cover and logo I grabbed it, and paramount in those random grabs was the melodic black metal of Naglfar.  The mix of heavy, black and melodic was an immediate hit, and they’re still a band I turn to when I want something immediately catchy and aggressive.  New material has been a long time coming, but now we are diabolically blessed with Cerecloth after eight long years, and it doesn’t miss a step, picking right back up on the traits that made the band one of my gateways bands back to the genre.

Considering how many band members have passed through Naglfar’s ranks, the music has always remained consistent.  I came into them at perhaps the most significant change, with co-founder/vocalist Jens Rydén leaving off of the widely hailed Sheol and bassist Kristoffer Olivius taking over the vocal space for 2005’s Pariah. If anything the change-up brought a tightening up of the songs and an emphasis on clarity and melody that made tracks like “A Swarm of Plagues” and “The Perpetual Horrors” modern classics in the genre.  2007’s Harvest took a slightly more ominous turn, and 2012’s Téras solidified their darker, more atmospheric approach to black metal.  In the eight years between then and Cerecloth the musical landscape has changed dramatically, so coming back with the same formula would feel like a bit of a gamble if the songs weren’t up to snuff.

Spoiler: they are.  The opening title track evokes classic Emperor in the way the tremolo lines construct a symphonic feel against the battering of blast beats and Olivius’ cold rasp.  “Horns” opens with an imperial march before settling into some serious riffage and soloing.  Taken together the tone of Cerecloth is cemented: this is a colder, slightly more raw iteration of the band than we’ve heard previously, and it works with the songs well.

Intro to “Like Poison for the Soul” notwithstanding, the bass is buried in the mix, more a subliminal pulse than an upfront player, but that leaves the interplay between the guitars more prominent to display just how good Naglfar are with stretching a guitar line.  Take the way “Vortex of Negativity” opens or the killer late track “Necronaut” which manages, in between its black metal barrage, to call to mind Judas Priest and Iron Maiden in the way the guitars play against each other.  With its slower pace and measured brutality “Necronaut” stands out as an easy highlight, even more impressive since it clocks in at only three and a half minutes.  In fact, there’s something really good about how compact these songs are: “A Sanguine Tide Unleashed” packs an awful lot of power into its less than four minute runtime.

Cerecloth shows that eight years are nothing to Naglfar; everything that made them a gateway band for me 15 years ago is still present and accounted for.  Despite the glut of changes to the genre in that time, it’s great to see careful riff construction and laser focus can still count for something.  But more than anything else, it’s just great to have Naglfar back.

Cerecloth is available May 8 from Century Media.  For more information on Naglfar check out their website and Facebook page.