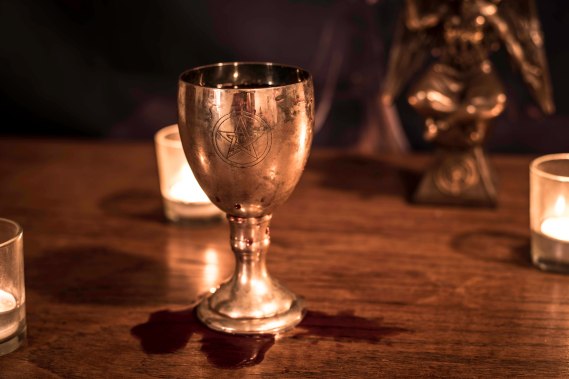 Receiving the Evcharist is our weekly feature where we pair choice albums with our favorite libations. Drink from the cup of heresy. This week’s offering: Afsky’s Ofte jeg drømmer mig død and Fremont Brewing Company’s Golden Pilsner.

I’ll admit right off the bat that I was only barely familiar with Afsky before the release of Ofte jeg drømmer mig død, and even then in name only.  It was interesting to me to see the sudden amount of excitement start to bubble up around something I would have otherwise probably overlooked; even one of my favorite screamo labels tweeted their excitement about Ofte jeg… when the album was announced.  So in an effort to not feel like there was a boat I had missed somewhere along the way, I decided to give Ofte jeg… a chance to win me over, and win me over it did.  With so much music that calls itself “DSBM,” I feel the focus is placed too much on crafting a particular kind of mournful mood using slow, plodding tempos and melody that can veer into ‘saccharine’ territory, but Afsky manage to strike a good balance between mood and energy, keeping the blast beats revved up through most of the album’s forty-five minute runtime while letting the strong melody lead the way.   There isn’t anything that particularly reinvents the wheel here, but this is an incredibly strong album, and miles ahead of what I usually expect from ‘DSBM’ acts.  It’s very easy to see why so many people are abuzz about Afsky; Ofte jeg… is an album with a ton of broad appeal that fans of most subsets of black metal, and even heavy music in general, will find something to like within.

Continuing in our Pilsner exploration, this time we’re venturing out of state to Seattle, WA, home of the Fremont Troll and the Fremont Brewing Company.  The company’s Golden pilsner is one of their year-round selections, a lighter pick alongside IPA’s and stouts like Dark Star (covered here previously).  Golden has a sharper up-front taste than some other pilsners I’ve had lately, bright and citrusy, but the back end is smooth and full of caramel depth and subtle warming spices.  What I’m learning a lot about Pilsners the more I indulge in them is that they have a lot more character than I initially gave them credit for, and Golden is among some of my favorites that I’ve had recently.  It isn’t just one note, yeasty water like the bad ones I grew up with.  I blame my college friends’ brief but unpleasant flirtations with Miller High Life, Icehouse, and Bud Light that I got sucked into.  Golden really solidifies that I have a long and exciting way to go rediscovering this style of ale.

One thought on “Receiving the Evcharist: Afsky and Fremont Golden Pilsner”