Another Wednesday, which means it’s time for another edition of Stage Dive–your chance to weigh in on our topic of the week. This week, we pose a very important question to you all:

WHO’S ON YOUR MOUNT RUSHMORE OF METAL?

This kind of game is never easy, (whittling all of metal’s many practitioners down to just four entries???) so I’ll cut you a break–you don’t have to name only individual musicians or only bands; you can name both, and anywhere in between, among your four. Again, still probably a bit tough, but give it a try. Mine took a little while to come up with, but I feel pretty comfortable with them. So here we go: 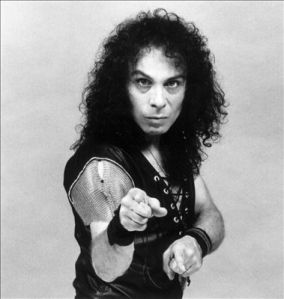 How could I lead off my list with anyone BUT Dio? The guy was simply larger than life, and an instantly recognizable presence in any project he touched. Without Dio, we wouldn’t have my personal favorite Black Sabbath record. We wouldn’t have one of the all-time cheesy (and yet, all-time AWESOME) heavy metal song intros. (Or this pretty goddamn awesome cover of it.) Shit, we wouldn’t have the very hand gesture that gave our blog and podcast its name. I realize this isn’t the strongest of defenses, but what can I really say about the guy that hasn’t already been said? And you know what? Fuck it–you shouldn’t have to defend a choice like Ronnie James Dio on a metal Mount Rushmore. The dude WAS metal. Pure and simple. 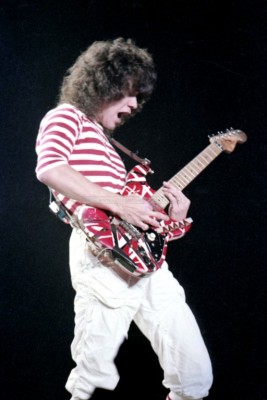 In addition to being a founding member/namesake of one of the bigger hard rock/heavy metal bands of its day, Eddie Van Halen also completely upended rock guitar as the world knew it to that point. Take any previous rule in the book and EVH could cross a big red X through it with his two-handed tapping or whammy bar techniques. To this day, his “brown sound” guitar tone remains one of the most distinctive in the genre. But above all, just look at literally ANY photo of Eddie playing his instrument–is there a single one where hd doesn’t look like he’s having the time of his life? The dude blazed all kinds of new trails for rock guitar, and with the possible exception of Angus Young, nobody out there had as much pure fucking fun doing it. Now bow before the Frankenstrat! 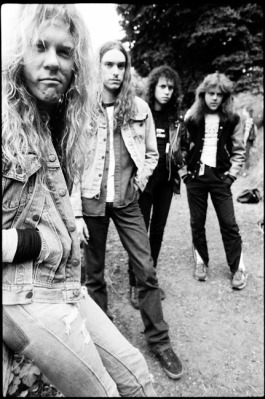 At Metallica’s peak, they were simply untouchable. Incredibly talented musicians and songwriters (okay, maybe not Lars), the guys took an extreme (at the time) brand of metal and created classic after classic–from “The Four Horsemen” to “Creeping Death” to “Blackened” and everywhere in between. The band’s self-titled “Black Album?” It’s the top-selling album of the SoundScan era (1991-present) in ANY genre, at more than 16 million copies. Think about that…that’s one in every 20 people in this country that own a copy. Will any band ever match that kind of clout? Not by a longshot. But would any band even be able to try to, had Metallica not kicked through the proverbial door between metal and the mainstream? Again, no. To describe them as anything but legends is heresy. 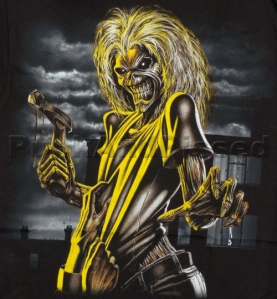 Yyyyyyep, I’m going to take full advantage of my “anywhere in between” designation from above. But why Eddie? I mean, in all seriousness: is there a single more iconic heavy metal image out there? As much as I love Iron Maiden, I won’t pretend for a second that their catalogue is completely unimpeachable. (*cough* Blaze-era *cough*) (*cough* A Matter of Life and Death or The Final Frontier *cough*) But even as the band’s output has grown uneven, Eddie has remained a shining constant–a reminder of all Maiden stands for and all they’ve contributed to the metal world over the years.

Those are mine, now show us yours! Make sure to leave your choices in the comments!

2 thoughts on “Stage Dive: Who’s on Your Mount Rushmore of Metal?”