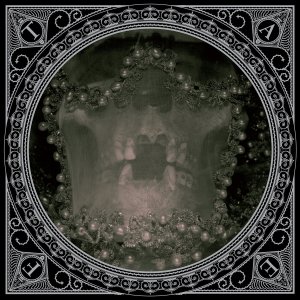 After some lineup changes in the rhythm section and the addition of keyboard/synth player Fade Kainer, Brooklyn-based metal outfit Tombs return with a fresh batch of songs on their new EP, All Empires Fall. While the previous full-length, Savage Gold, was a cleanly produced and mechanically executed collection of black/death metal that had some tendencies toward death rock, post-punk, gothic rock, and industrial, All Empires Fall brings back the more atmospheric and visceral sound of 2011’s Path of Totality while removing the rough edges from that album and further honing the band’s pitch-black, brooding sound, while never sacrificing an iota of attack.

For those who came into the Tombs fold with Savage Gold, All Empires Fall will be an acquired taste. It’s more grisly and ferocious than the polished modernity of their previous album (courtesy of Erik Rutan’s particular approach to production), and the band lock step with the swirling psychedelic synths and ambience of Kainer, bringing a new dimension to the songs that still have the distinct Tombs sound. Aside from his wall of electronic noise, Kainer also contributes vocal spots and adds a venomous shriek that is a perfect foil to Mike Hill’s bellowing roar. It works wonderfully on “V,” which features a chorus-like section anchored in a mid-paced rhythm that puts most of its focus on Hill’s clean vocals but has an excellent harmonized tremolo riff that recalls the band’s older works.

While the lineup changes haven’t affected the band’s focus, there’s clearly a different songwriting dynamic on All Empires Fall. “Last Days of Sunlight” is one of the band’s most adventurous forays into ambient territory, driven by an echoing bass line and pulsing toms. Whereas previous works relegated Tomb’s death rock and post-punk influence into the angular riffs in a metal context, this particular song is an all-out death waltz and, atmospherically, is one of Tombs’ most compelling tracks with its sparse, looped arpeggios swaying with Hill’s layered chants and Kainer’s wall of ambience that slowly crescendos as the track progresses. Similarly, the beginning of “Deceiver” could easily belong on The Cure’s Pornography before a hammering Khold-esque rhythm takes the helm. It’s a strangely accessible, even catchy song, even with its tense, slithering melodies and layered screams in the chorus.

For all of its palpable, immersive atmosphere, though, All Empires Fall still features some of the band’s heaviest material to date. Opening instrumental “The World is Made of Fire” — long an intro to the band’s live set — centers itself on a gnarled, palm-muted guitar figure and hits with the force of an earthquake while still allowing some melodic lines to shine through in its latter half before “Obsidian” crashes through with bending, old-school black metal riffs and brisk drum fills. The latter even has what could be construed as a blackened crust/d-beat section toward its end, and it is an excellent cap to the the EP’s most savage track.

All Empires Fall is quite a different creature from anything the band has done, but at the same time, it feels like an accurate summary and natural progression of the band’s trajectory up to this point in their career. If this is any indication of what to expect on the next full-length, count me in.

All Empires Fall will be released on 04.01.2016 via Relapse Records and is available for pre-order. For more information on Tombs, visit their official website or Facebook.