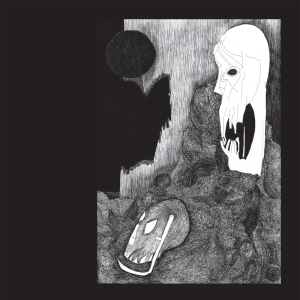 Abstraction can be a powerful tool to cut through structure and tradition to convey distilled human expression. It can be argued that too heavy a hand in this direction can make a work inaccessible, but when handled deftly, abstract art, performance, and music can reveal a universality of experience that transcends chronological, geographical, and even cultural boundaries. With its ties to mathematics and theory, music is perhaps the most inherently abstract of all art forms, yet the power of music to evoke powerful emotions is a cross-cultural phenomenon. Certain songs have been credited with causing suicide and specific note progressions are said to be created by the devil himself. When musicians eschew traditional forms of music and experiment with the range of sounds at their disposal, the results are by their nature unpredictable, but exploring the road less traveled can lead to moments of powerful emotional connection.

The experience of listening to experimental metal outfit Wrekmeister Harmonies’ latest offering, Light Falls, is one best described as “elegant devastation.” Over the decade of the project’s existence, the lineup of Wrekmeister Harmonies has included such metal boundary breakers as Jef Whitehead (Leviathan), Bruce Lamont (Yakuza), and Lee Buford and Chip King (The Body). For this most recent album, band founder JR Robinson scales the contributors back to create a more intimate (though no less consuming and darkly beautiful) approach to the music. Moments of delicate violin work are abruptly joined by aggressive percussion and distorted guitar, minor-key chord progressions spiral ever downwards, and expressive but simple vocals are used sparingly, adding a distinctly human element to the music. There’s a sensitivity on display here, a knowing evocation of grief, that is sophisticated in its directness. More structured than drone, more emotionally consuming than progressive, and more immediate than classical music, the melodic tragedy that unfolds across this album resists genre categorization. Knowing nothing of the artists’ inspirations and intents, Light Falls paints a compelling image of how humans’ lives are shaped by loss and sadness, with all the moments of rage, fear, and despair that form our reactions to these all-too-universal sensations.

As it happens, Light Falls was inspired by specific tragedies both cataclysmic and personal. JR Robinson has explained that this album was inspired by If This Is a Man, Italian chemist and anti-fascist activist Primo Levi’s record of his captivity in Auschwitz. Robinson sought to musically evoke the gradual degeneration, encroaching despair, and acceptance of tragedy that Levi discusses in his memoirs. The falling, or perhaps failing, light of the album’s title suggests the slow process of learning to live with horrible new realities. Levi did, in fact, survive to tell of the Nazi death camps, albeit as a person forever changed by the experience. So, too, does Light Falls come through the cathartic “Some Were Saved Some Drowned” into a final coda that suggests mourning, if not acceptance.

Along with the inspiration of Levi’s novel, Robinson looked to personal experience to inform the sadness of Light Falls. Located more than half-way through the album, the universal tragedy takes a turn for the personal in “Where Have You Been My Lovely Son?” This refrain of loss comes after almost thirty minutes of the turmoil and downward spiral, as if the listener has narrowed focus within the nightmare to rest on a single despairing figure. The softly intoned, minimal lyrics suggest a speaker exhausted by loss. The song, along with the reprise that closes the album, is an expression of Robinson’s own feelings of separation and grief at his growing separation from his own son. The record’s ability to balance the cataclysmic with the individual is perhaps the greatest testament to its power.

Light Falls is the rare album that is both accessible—one feels the underlying themes in one’s bones without reading a single word of background—and incredibly rich. It provides an immersive, immediate experience of humanity’s most poignant emotions along with a rewarding intellectual journey for those who wish to dig beneath the surface.

Light Falls will be released on September 16, 2016 by Thrill Jockey Records. Pre-order the album on Bandcamp and visit the Wrekmeister Harmonies website.