Outside of metal so much happened this year that it really is mind boggling to think back on it. We lost visionaries and legends, witnessed violence of epic proportions, politics took a huge dive into the void and negativity seemed to reign supreme. And all that is barely scratching the surface. I’m definitely not going to be the one to say that 2017 WILL be better but I will say — let’s attempt to make our little corners of the world better, be better to each other and approach it with some semblance of positivity.

On the flip side of the coin, 2016 was about as strong a year in metal that I personally have seen in ages which was a great thing considering the state of affairs otherwise. As usual, metal was my comfort food and the offerings were bountiful. With that said, making a best of list was extremely difficult. What made the cut is only a fraction of my favorites but they represent what I listened to and enjoyed the most but also are the ones that I returned to an insane amount of times and for endless reasons. Stick a fork in 2016 and let these champions ride you out on a high note.

On The Hell’s Decrees Rebaelliun exert the same sort of brute force that fellow countrymen Krisiun do and are as wickedly evil as early Deicide. But where Rebaelliun succeeds is in the fact that they do it better than both. Simply put, this is death metal done to perfection.

This album sitting at number eight just goes to show what a year it was. Khemmis toppled their debut on Hunted (no small feat) and are doing a phenomenal job leading the charge in modern doom metal. Soaring, soulful and engaging are all worthy descriptors but the way in which Khemmis craft doom metal with subtle hints of high flying rock ‘n’ roll is second to none.

7. SlavesBC – All Is Dust and I Am Nothing

No album this year got me through more moments of anger and frustration than All Is Dust and I Am Nothing. It’s a juggernaut of an album that shifts effortlessly between crusty hardcore, vitriolic sludge and the fury that resides in black metal. The vocals cut like barbed wire and the drums slam with a level of control rarely seen in this type of metal. Insanely great debut from a band that has a long and bright future ahead of them. 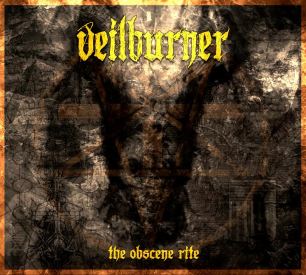 Veilburner may have closed a trilogy with this album but they pushed themselves far beyond their previous works in creativity, songwriting and intensity. The Obscene Rite is not an easy listen and that’s precisely the point; it forces the listener to pay attention and return again and again to dissect its contents. Each year I hope to find at least one album that I can fully immerse myself in, this was that album.

5. Heavydeath – In Circles We Die

Heavydeath have always been a band that keeps the founding principles of doom metal intact; slow, heavy and emotionally draining. On In Circles We Die the band continues their journey along the path of doom metal as it was originally intended. It may sound simple on paper but this is traditional doom metal at its most primal and I’m constantly amazed by everything this band releases.

16 have been a favorite band of mine for many years and on Lifespan of a Moth they are as nasty as ever. Sludge metal that rivals Eyehategod is always a good thing but when you combine it with heavy riffs and catchy grooves it’s an instant classic for me. I count my lucky stars this band got back together in 2007 and hope to be hearing from them for a long time to come.

On Violator, Vredehammer plant their feet firmly on the melodic black metal accelerator and keep it there for the albums entirety. Catchy doesn’t even to begin to describe tracks like “Ursus” and “Spawn Tyrant” but it’s a start. Opener “Light the Fucking Sky” is an ass kicker that states the bands intent right from the onset; to be as aggressive and melodic as possible. Violator is an absolute winner for Vredehammer and we, as listeners, get to reap the benefits. This album takes me back to the first time I heard some of my heavy metal favorites and that feeling I had then of finding something truly exceptional that I would no doubt be listening to for a long time. I can’t heap enough praise on this album but by now you get the point. 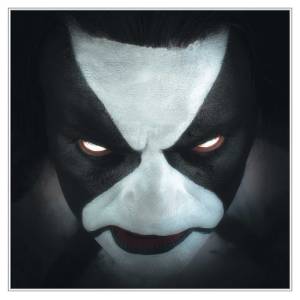 The fact that we are almost done with 2016 and I’m still playing Abbath’s self-titled album  that released in January is testament to just how good it is. It’s chock-full of black metal groove and Abbath’s swagger looms as large as the man himself across each and every track. Plus, opener “To War” not only delivered on the hype leading up to the release date, it shattered all of it. I got an opportunity to meet Abbath just before the Atlanta stop of the Decibel tour got underway and I’ve never met a bigger persona in metal. It was easy to see he lives, eats and breathes his music which is one of many reasons why this album resonated with me like it has. Also leaving an impression is all the subtle nuances that no one expected, a little thrash here and some melodic death metal there while keeping the black metal from his past alive and well. And lets face it, the album is a hell of a lot of fun to listen to. It blew away my expectations and I love it more today than I did in January.

I’d never heard of Netherlands before “The Bottom of the Ocean” single was released but ever since then there’s been no turning back for me. I was initially drawn in by their intensely heavy yet multi-dimensional approach to songwriting but they’ve become one of my all time favorite bands for being so different from nearly anything else I’ve heard in metal. Take the off-the-wall approach of “Thrombosis” or the pulsating groove of “New Jocks” and ‘different’ takes on a whole new meaning. But when the band goes all in on bottom end heavy (“L.M.M.”) the results are nothing short of amazing. But just as amazing is the way mastermind Timo Ellis can carry a tune, whether he’s softly singing or wailing at the top of his lungs he is in top form at all times. Every song on this album is like taking a left turn and finding a new world you never knew existed but once there you want to stay forever and completely immerse yourself in the hypnotic and off kilter song structuring. Nothing this year held my attention and kept me coming back for more like Audubon did so it was my obvious choice for top spot.

Spiritus Mortis – The Year Is One

Expect nothing less than exceptional doom from one of Finland’s first doom metal bands. Some of the years best riffs are on this album.

Katatonia – The Fall of Hearts

As much as I love Katatonia’s back catalogue this album is without a doubt my favorite. The blend of progressive metal with their signature melancholia was the soundtrack to many of this years personal memories. [full review]

Twilight Fauna – Fire Of the Spirit

Personal and emotional are words that come to mind when listening to anything Twilight Fauna releases. Fire of the Spirit is a folk black metal work of art and is as intense as it is emotionally involving. A definite must own.

Machine Viva is Wolverine’s finest hour since Still. The band have honed their progressive metal into something strikingly beautiful and the payoff is this soaring album. [full review]

I got on this album late in the year but it quickly became my go to for relentlessly vicious black metal that yields to nothing. Intense and to the point.

A huge highlight this year was stumbling across this bluesy doom juggernaut of an album. Riffs for days and Andrea Vidal’s vocals are astonishing.

Do you know the feeling of finding a death metal band that reminds you of why you love death metal in the first place? This is that band and this is that album. Death metal with a pulse. [full review]

Allfather – Bless the Earth With Fire

Everything I loved about the sludgy hardcore beatdown that was No Gods. No Masters. is here but better, heavier and darker. It’s a knockout punch to the cranium that gets better the more you listen to it.

DIY black metal at its finest. Two artists with a new track each and a cover of the other’s work made this feel like a friendly collaboration and it rules.

At this point it’s obvious there’s nothing that Mr. Void Ritual can’t do. Even messing around he puts out Fuck It which is as brutal as it is fun.

I seriously get into death metal that is a relentless wall of murky sound and Mylingar does it better than anything else on this list. In just a couple of weeks this EP made it here and I can’t wait for a full length.

With just the right amount of doom, stoner, fuzz and heartfelt 90’s rock Mindkult is an amazing band and Witch’s Oath is an amazing first glimpse into the world of mastermind Fowst. [full review]

Dopethrone never cease to amaze with the quantity of work they do at an exceptional level of quality. Nasty sludge with a few hits of fuzz and doom for good measure.

If you count yourself a fan of extreme metal you won’t do better than this. A hateful brew of black metal, death metal and doom that knows no bounds.

Two tracks of haunting folk black metal is all it takes to make you wish it was a full length. Get out in nature and experience this EP the way it was intended.

Pyrrhon – Running Out of Skin, EP

Pyrrhon make the best thinking man’s death metal out there and with this EP they stretch out even more, hurling riffs and blasts at warp speed. Plus their cover of Death’s “Crystal Mountain” is worth the price of admission alone.

King Dude has yet to release a bad album, or for that matter a lukewarm one. His apocalyptic folk is second to none and on Sex he finds a way to make it even better. He is heartfelt and full of emotion on “Shine Your Light”, rocks with vigor on personal favorite “I Wanna Die At 69” and swings with western swagger on “Prisoners”. I could go on for days about how much I love this album and all of his others but instead I’ll leave you with this and let you find out for yourself.