Hello once again viewers. I realize that I spend a lot of time in this column focusing on both American music and American beers. This shouldn’t come as much of a surprise, given the fact that I live in the USA, and yet I wanted to offer something more worldly this week, and I succeeded about three-quarters of the way there. Inspired by a recent outing to a local German/Belgian establishment, this week showcases tunes from Germany and a beer brewed in the Belgian style, albeit one brewed locally for me. Let’s get into it. The Metal: Ancst’s Furnace. The Booze: North Coast Brewing Company’s Brother Thelonius. 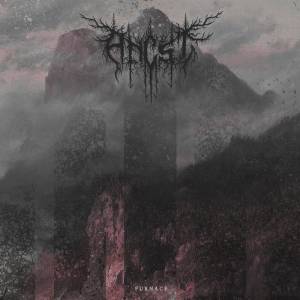 I’ve been a fan of Berliner blackened crust punk outfit Ancst for some time now. I first came into their music via the In Turmoil compilation, and was immediately blown away by the band’s balance of sheer aggression and soaring melody. 2016’s Moloch, the band’s first full length release after a long string of demos and split releases, upped the ante and saw a young band exploding out of the gate with enormous potential. Now standing on the edge of that, Ancst have released their first new metal material since Moloch (the band also dabbles in releasing dark ambient compositions, which are also not to be missed). Furnace, a six song EP, shows the German five-piece not content to slow down at all; these songs sound every bit as scathing, if not more, than anything in the band’s catalog to date. From blistering blast beats and tremolo riffs to fist-flailing hardcore breakdowns, the band plays to the most aggressive aspects of all their musical influences, creating a sound that drives home their vehemently left-leaning political lyrics. Yet what makes Furnace for me is the return of some of the band’s most heartfelt melodies to date; it’s the reason I fell in love with them in the first place, and it’s good to see they haven’t sacrificed one side of their musical coin to improve the other. According to the band, they have many more releases lined up for 2017, so if Furnace is only the beginning, I cannot wait to see what comes next. In the meantime, I’ll be pushing play on this one again.

Belgian abbey style ales are not my usual cup of tea. As mentioned before, however, I had a wonderful experience with a local pub that was sort of a turning point for me in my enjoyment of them, so I wanted to explore the style more on my own. I know and respect North Coast already, as they are responsible for Old Rasputin, one of my favorite beers, so although they are not a Belgian brewery, I thought I could do well to trust them to deliver a good Belgian-style ale. As it turns out, I was right. Brother Thelonius, named after famous jazz pianist Thelonius Monk, is a wonderfully complex brew, bursting with dark fruit and caramel malt flavor. The body of the drink is not as thick as I had been expecting, yet it still has a nice rich feel to it. If you’ve never tried a Belgian style beer, don’t let the American zip code make you think this is less than authentic; this will make a believer out of anyone.  As an added bonus, proceeds from sales of Brother Thelonius will go towards funding music education programs for children.

That about concludes our foray into more exotic affair. Supporting your local scene is necessary and great, but don’t be neglectful of what is going on in the arts abroad either. And hey, be good to each other.

One thought on “Receiving the Evcharist: Ancst and Brother Thelonius”