Aswekeepsearching is a post-rock band from India. Their debut album, Khwaab released in 2015 was well received and the band also toured Russia. Last month, they released their second album Zia. The album is a unique take on post-rock and is unlike anything I have heard before. I spoke to Uddipan Sarmah (Vocals/Guitars) about the new album, post rock in India, their writing process and more. 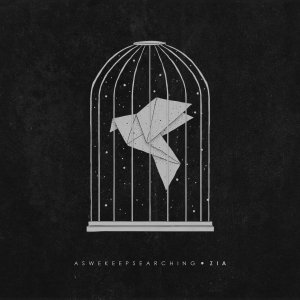 You recently concluded a listening session tour across India. How has the response to your second album Zia been so far?

Oh, that was something different and unique. I never experienced or ever attended a listening session myself. I kept seeing people hosting it. But yes, doing it on such a multi city level, was fun. Exhausting, yet very interesting. The response has been great. People are reacting to the album more than what we expected.

The album features elements of Indian classical music as well as electronic music. Tell us a bit more about it.

We as a band are influenced by a wide range of music. We prefer listening to all types of genres. So that has influenced our songwriting. I find this as a good blend of all genres. Keeps it unique. More than anything else, I am really happy that our new album had space for every instrument and style of music.

What was the writing process for Zia? Did you try anything different this time around?

These songs were written over a long time now after touring, being together as a band and experiencing tastes of new places we travelled. That was itself a new experience. Unlike Khwaab, which was written in studio mostly. I believe Zia has a story to tell: the story of the band so far.

Watching my dad and sister sing together. It was back in my school days. I was into acting, but later with time I developed a strong interest to music. Professionally I started quite late, after college I guess. Success can’t be measured I feel. We can’t limit ourselves to anything. So I believe I haven’t achieved anything as of yet. I am quite new to this. A long way to go I think.

When you’re not listening to, writing or playing music, what are some of your favorite albums to listen to currently?

I love listening to any instrumental or neo classical music. I have started enjoying using apple music. They sometimes come up with amazing playlists. I try listening to new music.

As I mentioned, I believe I am too new to this music industry and wouldn’t be the right person to comment on this. It’s all about dedication and hard work I guess. Nothing can be as important as these two. And being patient is a lot more important to win something.

What are your thoughts on the recent emergence of post rock band in India?

I don’t see many Indian post-rock bands who are active right now. The genre is definitely accepted by people here, at least they have started to accept it. But we need more bands and more people talking about the genre.

Which is your favourite venue/city to perform in? What are your memories from performing there?

I love playing in all cities. Every city has its own vibe and they all win on that. Trust me I love every venue and every city. It offers something new every time.

What are your plans for the rest of the year? Are there any shows/tour planned in promotion of the album?

I have been working on different tours. We will start playing Zia live at the end of May. Dates for India launch gigs will be out soon. Later, let’s see, we will take things one step at a time. For now, I just want to relax a bit as the past 4 months was really hectic for me recording the album, playing gigs and travelling for the listening sessions.

Many thanks to Uddipan for his time!

Zia is available now, in various formats, on Bandcamp. For more information on Aswekeepsearching visit their official website.

2 thoughts on “Interview: Uddipan Sarmah of Aswekeepsearching on New Album Zia, Post-Rock In India and Writing”