Here we are at the end of the third quarter, well really two weeks into the last quarter of the year. But, who’s counting? We missed some things that we wanted to cover around their respective release dates — it happens. As we do from time to time, a few of us got together to share some albums that we feel strongly about and that should garner more of your time as a listener. Whether you decide to set aside some precious time for these is up to you but we love them and hope you feel the same. So without further ado, here’s our picks out of what we didn’t cover but should have… 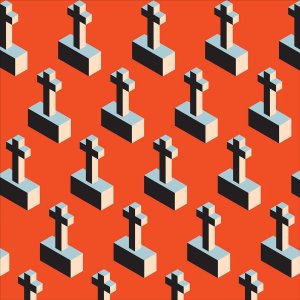 Building on a foundation of fuzzed out garage rock but taking cues from blues, stoner, and psychedelic rock, Biblical knock it out of the park with their sophomore album The City That Always Sleeps.  This is the sound of a stoned preacher sweating in a dive bar as he feverishly convert a drunken rabble into worshippers of the Almighty Stack.    Whether it’s the swagger meets spaghetti western in a time warp of “Mature Themes” or the dead-on Pink Floyd space of “Fugue State” this is hands down one of my favorite albums of the year and shouldn’t be missed. 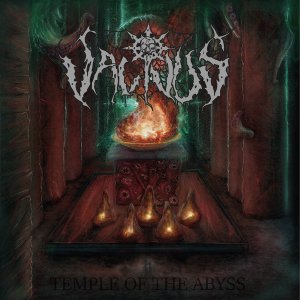 Vacivus perfectly tow the line between death metal that is too clean and clinical and too washed out in that cavernous echo that seems to be all the rage these days.  Temple of the Abyss is crammed to the bloody gills with riffs, dissonant leads, and vocals ripped from the bowels of the earth.  Tracks like “Towards Infinite Chasms” and “Cosmological Necroticism” are sonic blasts of dark evil, and do it without sounding like absolute shit production-wise.  Amazing, I know, but par for the course when you realize it was released by Profound Lore, who year after year top my list of favorite metal labels.  Play this loud to drown out the voices telling you to do evil things…and then do even things even more despicable.

I feel like as a whole we don’t talk enough about Botanist and how Otrebor has been consistently pushing the boundaries of back metal. Collective – The Shape of He to Come is a departure from the conceptual one-man-band practice, with Otrebor working in a group format from both a compositional and performance perspective.  The result is – surprise – a fascinating left turn in metal, with jangling guitars and choirs mixed in with droning noises and unique percussion choices.  Check out the bluegrass-inflected opening to “And the World Throws Off Its Oppressors” or the dulcimer on “Upon Veltheim’s Throne I shall Wait” and you’ll hear the same thing I do: boundaries not being pushed, but thrown wide to lay to waste the notion that black metal has to adhere to rigid and outdated rules in order to be TRVE. 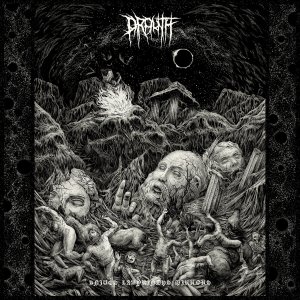 Two booming snare hits are the warning shots you hear before Drouth lunges at you and rams its barbed-wire fist down your throat, deep into your gullet. The face-melting black metal blast furnace of obliterates any doubt some poor fool might have still harbored after the excellent 2015 EP Vast, Loathsome and 2015 LP Skinwalker by taking everything to the next level with a rabid urgency and scathing fury. Case in point: just listen to vocalist Matt Stikker’s sharp gasps for breath between volleys of venomous snarl. As a soothsayer of decay and painter of desolate vistas, Stikker further cements his status among contemporary metal’s premier lyricists. Leave it to his possessed mind to perfectly encapsulate what Knives, Labyrinths, Mirrors feels like: “The smell of petrichor and brass/Bile and butter, rancid and black/Of orchids, asphalt, mildew and semen/Of failure flensing the pride from man forever.” For those mourning the loss of Lord Mantis, rejoice and suffer no more.

It takes a certain degree of vision and musicianship to write nearly 10-minute tech death songs that remain captivating and catchy, and are infused with a progressive spirit that makes your mind’s eye go wild. Sutrah’s debut album Dunes has all that in spades. Even at its heaviest, the album carries a regal buoyancy, gracefully fusing Eastern mysticism into spinning riffs that glide elegantly, like whiffs of smoke emanating from a funeral pyre, manifesting a cycle of death and rebirth that elevates the album to greater glorious heights, spin after spin. A truly transcendental experience.

Released early in the quarter, What Passes For Survival did for extreme metal what fire did for the caveman: opened up a whole new and better world of what is possible. Was that too much? Have you heard it? No, it wasn’t too much and if you haven’t experienced this thing stop what you’re doing now and fix that. Pyrrhon somehow created an album even more dizzying and ferocious than anything in their back catalog. Not an easy feat to be sure but the surprisingly slow paced “Tennessee” framed against “The Invisible Hand Holds A Whip” with all its off-kilter tempo shifts and knife edge sharp riffery shows a depth the band has been toying with for some time now come full circle. Entirely, it’s a feral beast that runs down the horrific landscape we’re all currently facing and Doug Moore’s astounding abilities in lyricism and resoundingly making the listener feel every word is sharper than it has ever been. As if all that weren’t enough, the album is topped off by a pristine job behind the scenes from Colin Marston — not one note is left behind and every second of this album leaps across the speakers. Bravo Pyrrhon, bravo. 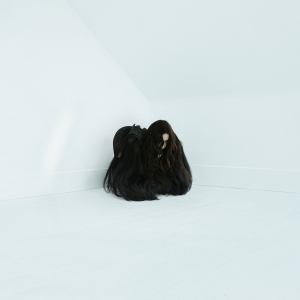 Dark music speaks to me and artists that share attributes with the likes of King Dude can guarantee that I’ll at the very least be listening. Chelsea Wolfe has had my ear for many years now but Hiss Spun, to me, is the album I’ve been waiting for all this time without even knowing I needed it. Not to say anything previous to this album wasn’t enjoyable because they all are and extremely so. But, this album pushes the envelope of heaviness in countless ways that Abyss, Apokalypsis and even Pain Is Beauty hinted at. That familiar hum of amplifiers on the brink of exploding, Wolfe’s fragile yet strong vocals and the ability to, in an instant, turn a harsh moment into an emotional surrender and vice-versa is pure gold here. “16 Psyche” rocks with reckless abandon while “Static Hum” is a push and pull of pulsating rhythms and with its extremely dark and slow build to a crescendo of crashing doom metal “The Culling” may well be my favorite thing Wolfe has ever done. This album has been out now for nearly a month and has amassed an absurd play count yet I’m still finding layers, sounds and personal meanings with each new listen. Hiss Spun is another fantastic stop on Wolfe’s ever evolving sound and one that will hold my attention for some time to come.

Q3 most certainly kept me busy. There were countless releases by some of the heavy hitters in our metal universe that I could spend time dissecting here. My days of reviewing albums in post form have limited themselves this year, so it would come as no surprise for me to cover the likes of Wolves in the Throne Room, Paradise Lost, Tau Cross… you get the idea. But I feel like those albums may have already received enough attention at this point and I don’t really feel like getting sucked into the abyss that is the dissection of, say, the reawakening of Wolves in the Throne Room. So, instead, I’m going to feature an album that totally snuck up on me and that I still listen to consistently even to this point in the year. And that would be To The Elements by Sun of the Sleepless. We premiered one of the more subtle tracks on this album back in June, but it wasn’t until I heard this album in full that it really began to resonate with me. The ground this album covers, as a loosely defined atmospheric black metal project, is impressive enough. But it’s the somber, dark environment that the music promotes that truly captivated me. It is a tremendous display of the more melodic, doom-y side of black metal and one that shouldn’t be missed this year. Will I be discussing it again as 2017 winds down? Eh, maybe, maybe not. But without a doubt this was a solid album that snuck up on this summer and is deserving of more praise than it has received to this point.