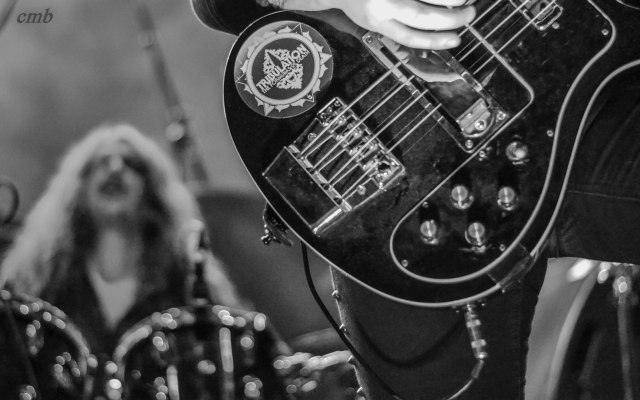 Alright, let’s try this again. You may recall that the list of projects I was anticipating in 2017 included one (well, maybe two) that weren’t quite ready. By a year. So, as we continue to bring in the new year, you can expect by 2018 list to feature some overlap. I apologize for that. Either way, this looks like it’s going to be an absolute monster of a year with some of the albums we expect to be released. Once again, I will highlight five that I am looking forward to most. In no particular order.

Not only was The Children Of The Night one of my favorite albums when it dropped in 2015, it has only seemed to get better with time. Everything this band has done over the past several years has been absolutely mint. Their live shows, their albums… everything. Expectations are understandably high for Down Below. But if the tracks they’ve released so far are any indication… we should be in for quite a treat. And an early 2018 front runner for album of the year.

Behemoth is an interesting topic these days. There shouldn’t be much doubt that they have been my favorite band going for awhile, but the global reaction to The Satanist has been a curious thing to witness. That album, quite simply, is brilliant. It’s a masterpiece that serves as the pinnacle of every musical realm the band has ever explored. Is it as “extreme” as pre-Demigod and earlier? No. But neither was Evangelion, and not many seemed to have an issue with that. But music is subjective, and there were a fair share of (more vocal?) followers that didn’t like it. Or how well it was received. They didn’t like something. As usual. Regardless, it is one of my five favorite metal albums ever. The Polish legends have something big in the works and I am looking forward to this just as much as I was looking forward to The Satanist, Evangelion, The Apostasy, Demigod… Behemoth has never failed to live up to expectations, and I doubt they will this time.

Ok. I’m almost certain these guys are going to give us something substantial this year. The reissue of Precambrian confirms activity, so I’m going to stay cautiously optimistic. We were informed that two full-length albums would be coming our way in 2018 and 2019, so I’ll be here. Waiting. Impatiently. Yet still happy. Because The Ocean. 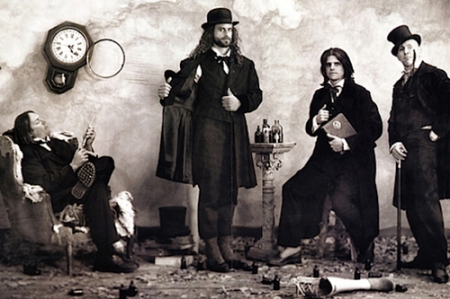 I can’t believe I’m even including them at this point. The sheer fact that I’m writing this paragraph is pissing me off, so I’ll be brief. I’ve been informed the new album is complete, but my heart refuses to let me be hurt again. God dammit.

Panopticon – The Scars of Man on the Once Nameless Wilderness

Austin Lunn can, quite literally, do no wrong. To say that I am beyond stoked for this upcoming double album wouldn’t even come close to putting everything into perspective. We have no reason to doubt that this won’t be anything but another stroke of genius. And now that Panopticon has fully embraced the live performance element of their craft? There are only more and more reasons to be excited about what’s emerging from the Panopticon camp in the years to come.

That’ll do it! There are a whole lot more albums coming out that I’m anticipating quite heavily, but these are the five I’ve circled on my calendar (well, for those that I can at least). While I wrote the above long before hearing any promos, I must confess that now that I’m in the editing/wrap-up process of this post, I have already heard one of the above. And holy every-loving hell is it good. K, bye!