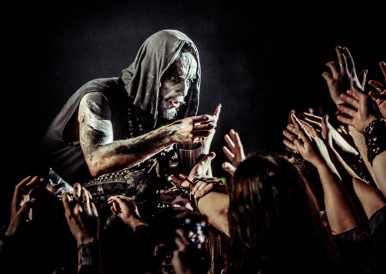 Receiving the Evcharist is our weekly feature where we pair choice albums with our favorite libations.  Drink from the cup of heresy. This week’s offering: Un’s Sentiment and Sierra Nevada Brewing Company’s Hazy Little Thing IPA. 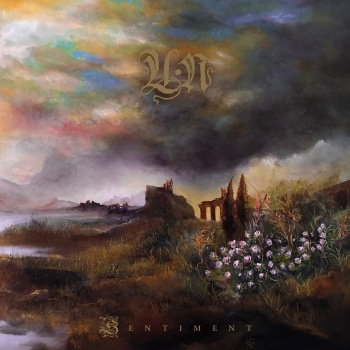 My first experience with Seattle’s Un was seeing them live on tour with Usnea earlier in the year.  After previously only being familiar with them by name, their titanic sound in the live setting caught my attention immediately, and when I saw their name in our promo list, I immediately grabbed Sentiment for my own.  The first thing that struck me about this album was just how…pretty it is.  The gorgeous cover art by Cauê Piloto should give you some clue, but it doesn’t really prepare you for just how majestic Sentiment gets.  The opening melodies to “In Its Absence,” the airy clean vocals on “Pools of Reflection,” and the reverb-soaked leads that kick in during album closer “A Garden Where Nothing Grows” serve as pastoral counterpoint to Un’s funeral doom and sludge backbone.  When you deal with music that is played this slow and deliberate, you don’t really have the ‘technical’ angle to fall back on so you better know how to write a damn good song, and Sentiment shows that Un get this on a deep level. 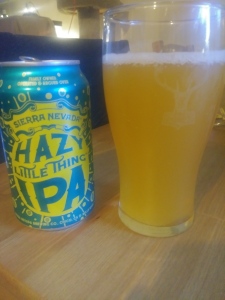 Northeastern style IPA’s are something I am seeing on this coast more and more these days. My recent trip to Pittsburgh properly introduced me to this style, so I’m glad for the opportunity to break into something different.  Enter Sierra Nevada’s Hazy Little Thing IPA, a Northeastern style drink from a decidedly West Coast brewery.  Hazy Little Thing, as its name implies, is a pleasingly opaque orange color, and has the same hypnotic effect as staring at a pint of Guiness might.  Much sweeter, juicier, and less assertively hopped than its West Coast cousin, Hazy Little Thing is an incredibly easy drinking beer, bursting with tropical fruit and orange notes.  It’s a refreshing break from the often aggressive IPA’s that I’ve become used to here in California.

What a week.  If you need me, I’ll be hibernating in my pajamas for the next 48 hours at least.  I’ll catch you next week though.  Until then,