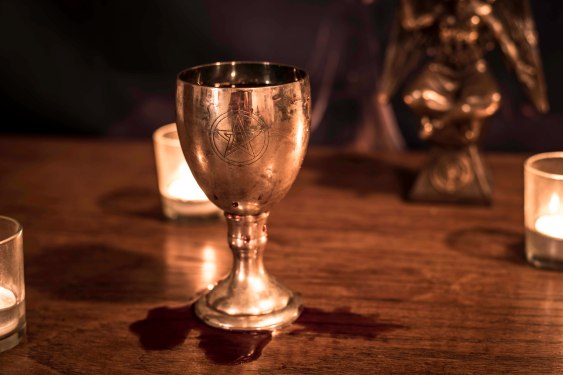 Receiving the Evcharist is our weekly feature where we pair choice albums with our favorite libations.  Drink from the cup of heresy. This week’s offering: Primitive Man & Hell’s Split and Great Divide Brewing Company’s Yeti Imperial Stout. 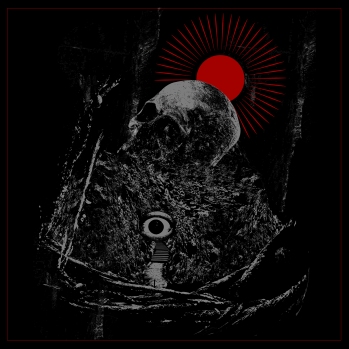 I tend towards not pre-ordering records anymore.  After having some bad experiences with orders getting messed up or delayed, I’ve decided to adopt an “I’ll buy it when its actually in hand” motto.  Yet when two of my favorite, and arguably the best, acts in doom metal announced they’re putting out a split, I knew I was gonna have to break my own rule (the first pressing of this split sold out months before the actual release, so it looks like my instincts were right on with that move).  Primitive Man and Hell are unique entities among the extreme metal scene, and when their powers are combined here, they deliver something that is the best version of themselves.  Primitive Man’s side starts with the devastatingly ominous chords of “Oily Tears,” which practically drags itself along its six-and-a-half minute run time in that nauseating and claustrophobic way that only Primitive Man can make fun.  Their second contribution, “Pitiful and Loathesome” sees the band build from squalid ambiance to a churning, blast-beat driven attack on the senses and back again, using tempo and rhythm shifts to (probably intentionally) confront the listener in the best way.  Hell’s side of the split, the ten-minute “Nuumen” sees the band revisit the Hell II/Hell III style ambiance that made those albums so successful and update it with their brand of staggering, jagged sludge before ending with that timeless musical trope, ‘When They Bring Back the Nasty Riff, But Slower.’  I expected nothing less than perfection when I found out this was happening, and by god I was right. 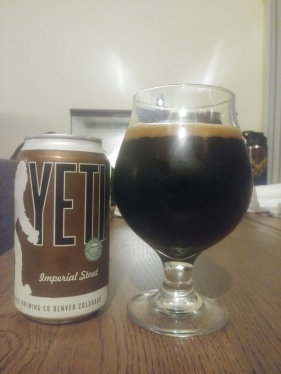 I knew I had to find something suitably dark to match the tone of the album I was pairing with, but goddamn if Yeti isn’t one of the darkest beers I can remember having in a long time.  The picture doesn’t do it justice; that head is barely a few shades lighter than the beer itself.  And the darkness doesn’t just stop at the color either.  Yeti is big on rich flavors with a nicely pronounced coffee bitterness that compliments the rich adornment of malts.  A sipping beer for sure, but nevertheless, one as enjoyable and captivating as the search for its namesake creature is.